Save the Children-supported Syria maternity hospital bombed in Idlib 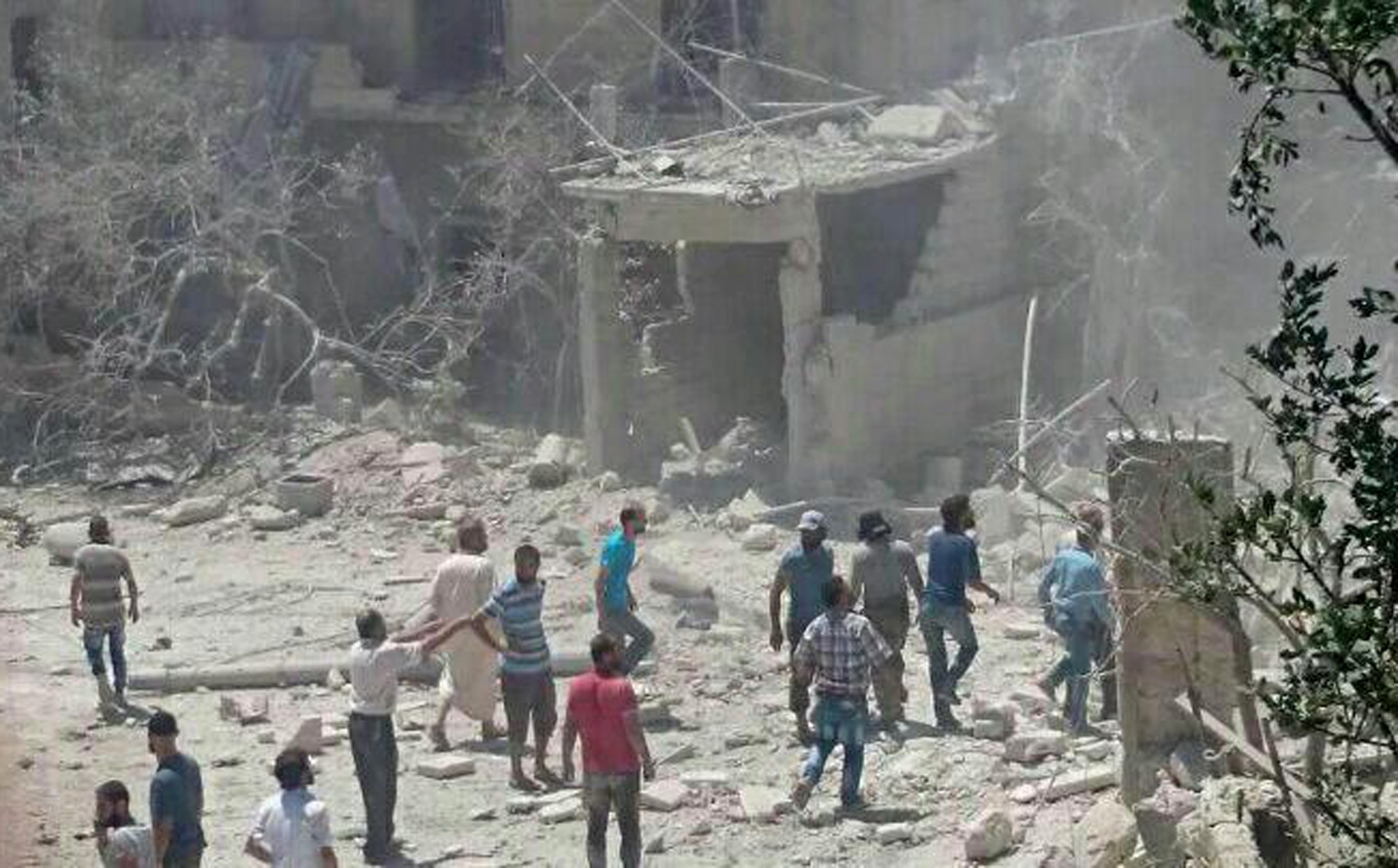 This image released by Save The Children shows a maternity hospital it supports in an opposition-held Idlib in northern Syria after it was bombed. (AP Photo)
by Compiled from Wire Services Jul 29, 2016 12:00 am

A maternity hospital supported by Save the Children was bombed Friday in an air raid in Syria's northwestern Idlib province, causing casualties and damage, the Britain-based charity said.

The Syrian Observatory for Human Rights said a militant from the Al-Nusra Front, which has changed its name to Jabhat Fateh al-Sham, was killed in the raid.

It said the bomb hit the entrance to the hospital.

"This is the only hospital specialising in maternity and children in the northern western side of rural Idlib," a statement said.

Alun McDonald, Save the Children regional media manager, said in a separate statement: "There are initial reports of some casualties among patients and staff, although numbers are so far unconfirmed."

The Britain-based Observatory, quoting local sources, said a militant was killed in the raid that struck the hospital in the rebel-held town of Kafar Takharim, leaving it heavily damaged and barely operational.

"It was him that was targeted. He went to visit his wife who had just given birth when the bombing happened," said the monitoring group's head, Rami Abdel Rahman.

The bombing came a day after the Syrian branch of Al-Qaeda, Al-Nusra Front, said it was breaking ties with the global terror network and changing its name to Jabhat Fateh al-Sham.

In another part of the northern Idlib countryside, air strikes on Friday killed at least five people and seriously injured more than 25, the Observatory said.

Save The Children said the hospital is the biggest maternity facility in the area, serving over 1,300 women monthly and delivering up to 700 babies each month.

"The hospital has six incubators for premature babies, and an outpatient clinic for supporting pregnant women and providing after delivery care," it said.

The Observatory did not specify if the raid was carried out by Syrian regime aircraft or warplanes of its Russian allies.

Amnesty International said the strike "appears to be part of a despicable pattern of unlawful attacks deliberately targeting medical facilities" across Syria and a "potential war crime".

"Deliberate attacks on hospitals and medical facilities are serious violations of the laws of war and can never be justified," said Amnesty's Philip Luther.

Several clinics and makeshift hospital in opposition-controlled areas have been hit by Syrian regime air strikes, particularly in Aleppo and Idlib provinces.

Last week, air raids struck four makeshift hospitals and a blood bank over a 24-hour period in the regime-besieged eastern sector of the city of Aleppo.

In a separate statement, Sonia Khush, Syria director for Save the Children, said the situation for an estimated 100,000 children trapped under siege and bombardment in Aleppo is "desperate".

"The world cannot turn its back while children are bombed and then denied medical treatment," she said.

"We need an end to the indiscriminate attacks on civilians and immediate and unfettered access for humanitarian aid."

The five-year conflict in Syria has left over 280,000 people dead and displaced millions.