Thousands of Yazidis enslaved or missing in 2nd year of 'genocide' by Daesh: UN 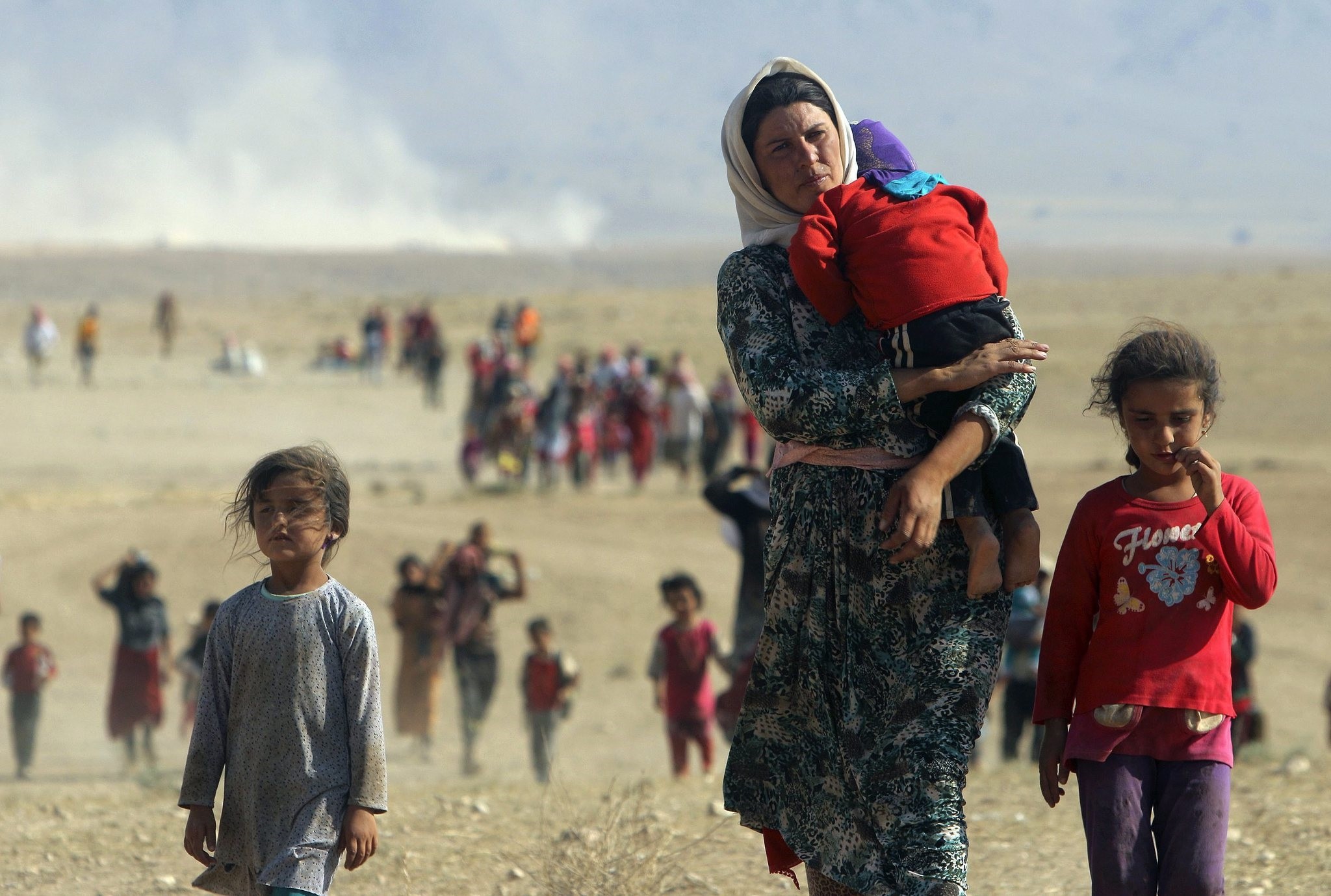 Displaced people from the minority Yazidi sect, fleeing violence from forces loyal to the Islamic State in Sinjar town, walk towards the Syrian border on the outskirts of Sinjar mountain. (REUTERS Photo)
by Compiled from Wire Services Aug 03, 2016 12:00 am

Thousands of Yazidis are being held captive by Daesh in Syria where many are used for sexual slavery or forced to fight for the group, the United Nations said on Wednesday, on the second anniversary of what investigators termed a genocide.

A U.N.-appointed commission of independent war crimes investigators said in June that Daesh was committing genocide against the Yazidis, a religious community of 400,000 people in northern Iraq, beginning with an attack on their city of Sinjar on Aug. 3, 2014.

Yazidis' beliefs combine elements of several ancient Middle Eastern religions and they are considered infidels by the hardline Sunni militants.

The U.N. said most of the captives have been taken to neighboring Syria "where Yazidi women and girls continue to be sexually enslaved and Yazidi boys indoctrinated, trained and used in hostilities."

Around 3,200 Yazidi women and girls are being held captive, and thousands of men and boys are missing, the U.N. said.

Thousands of women and children from Iraq's minority Yazidi religious community were taken prisoner in August 2014. Since then, smugglers managed to free an average of 134 a month. But those numbers have fallen to just 39 freed in recent weeks, according to figures provided by the Kurdistan regional government.

The designation of genocide, rare under international law, would mark the first recognized genocide carried out by non-state actors, rather than a state or paramilitaries acting on its behalf.

Historical victims of genocide include Jews during the Nazi Holocaust, Tutsis in Rwanda in 1994 and Bosnian Muslims in Srebrenica in 1995.

Yazidism is a syncretic religion combining elements of several ancient Middle Eastern faiths. Daesh militants consider them to be devil-worshippers. Daesh has tried to erase Yazidis' identity by forcing men to choose between changing their religion and death, raping girls as young as nine, selling women at slave markets, and drafting boys to fight, a U.N. report said.

On June 17, the U.N. also released a report regarding Daesh's systematic torture against and killing of the Yazidis in Syria and Iraq. In the report, the U.N. said that the terrorist organization has been trying to destroy the religious community of 400,000 people through killings, sexual slavery and other crimes.