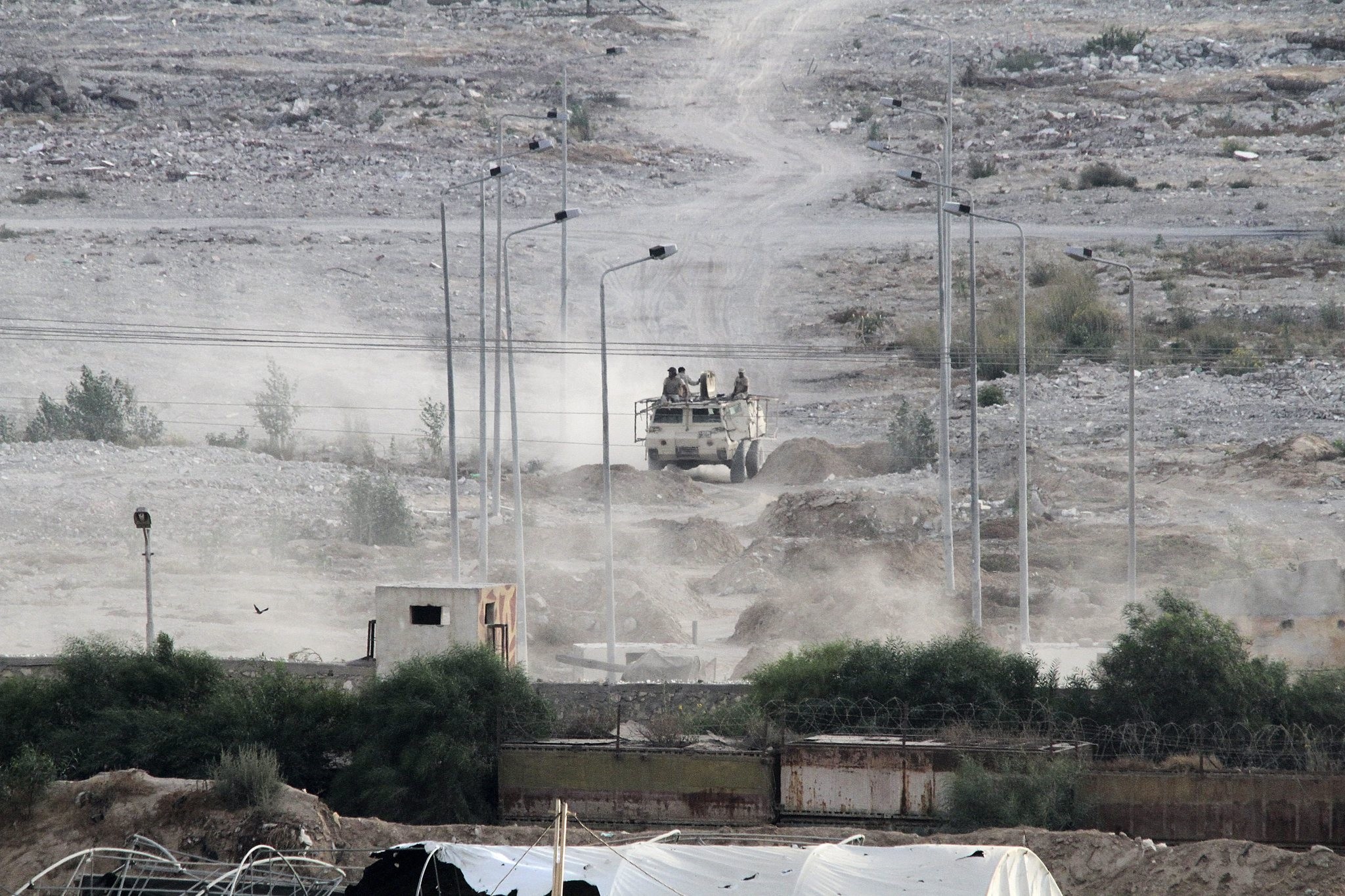 Egyptian soldiers sit atop a military personnel carrier securing the Egyptian side of the border between Egypt and Rafah in the southern Gaza Strip, Wednesday, July 1, 2015. (AP Photo)
by Aug 04, 2016 12:00 am

Egypt's military said on Thursday it had killed Abu Duaa al-Ansari, whom it identified as the leader of the Sinai branch of Daesh.

It said on its Facebook page that a series of air strikes near Arish, the largest town on the Sinai peninsula, had also killed 45 other Daesh fighters.

There was no immediate confirmation from Sinai Province, Daesh's offshoot in the peninsula that borders Israel, the Gaza Strip and the Suez Canal.

"This successful operation confirms the pledges of the armed forces to avenge their martyrs and ... pursue all the terrorist elements and leaders wherever they are found until Egypt and its great people enjoy security and stability," the military said.

Most of the violence has taken place in northern Sinai, where Daesh loyalists are based.

The military has conducted several campaigns to crush insurgents and cut off their arms supplies, demolishing border villages and tunnels it said were used to smuggle arms and fighters from the Gaza Strip.

Locals say the tunnels were used to smuggle consumer goods to Gaza to ease the consequences of the Israeli blockade.

In 2014, an Egyptian militant group called Ansar Bayt al-Maqdis pledged allegiance to Daesh and changed its name to Sinai Province.

The army, which still refers to the group by its former name, did not say when the air strikes took place.