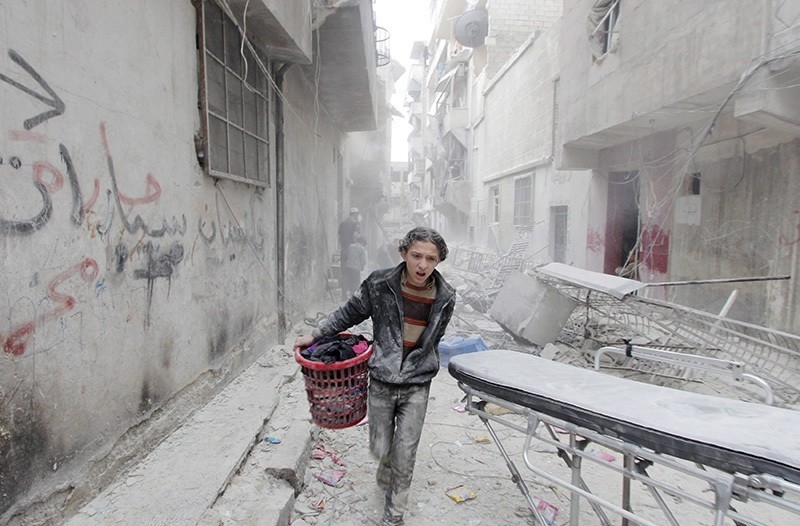 About two million people in the Syrian city of Aleppo have no access to running water after escalating fighting damaged the city's water delivery system, the UN Children's Fund said Tuesday.

Fighting between the Syria regime forces and the opposition forces has severed electricity lines necessary to operate water pumps, leaving the whole city without water for four days, UNICEF warned.

"These cuts are coming amid a heat wave, putting children at a grave risk of waterborne diseases," said Hanaa Singer, UNICEF's representative in Syria. "Getting clean water running again cannot wait for the fighting to stop."

Fighting and shelling continued in the northern Syrian city after opposition, who hold the city's eastern sector, claimed to have broken a four-week government siege that cut off supplies to as many as 300,000 civilians living in the area.

The opposition forces were able to bring in fuel to a power station in eastern Aleppo, the Syrian Observatory for Human Rights said, but their ability to acquire supplies remained limited.

According to the Syrian regime and the Observatory, Bashar Assad forces have been able to deliver fuel to the city's regime-held western sector, where about 1.2 million civilians are thought to reside.

It remained unclear how much fuel has been transported after the opposition cut off the regime's main route.