Opposition groups to back Syria truce brokered by US, Russia 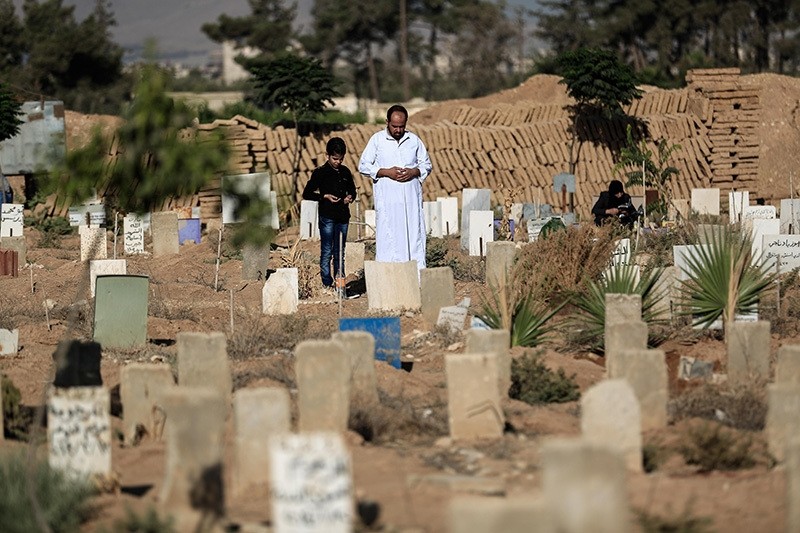 Syria's major opposition armed groups will issue a statement in the coming hours backing a cessation of hostilities from sundown on Monday, complying with a deal brokered by the United States and Russia, a source within the opposition told Reuters.

"The decision is taken," the opposition source said, speaking on condition of anonymity. "In the next few hours there will be a statement where we state that, but there will be a lot of harsh reservations and observations regarding the whole package. But as a final takeaway, we do agree."

The source said the acceptance had already been communicated to the United States, which finalized the proposed package with Russia on Friday.

The statement will be backed by "the largest groups", including Ahrar al-Sham, a group that had vocally criticized the deal, the source said.

The terms of the deal mean that if the peace holds for about nine days, Syria's air force will be sidelined and joint U.S.-Russian strikes will begin against militant groups that are banned from taking part in the truce – Daesh and Jabhat Fateh al-Sham, which was until recently called the Nusra Front.

"Targeting Fateh al-Sham and treating it in a different way to the (Iran-backed) Shiite militia, and pushing us or expecting us to agree to a package where part of it is to bomb them, is going to create a lot of internal problems, and it's already happening on the ground, and there's a lot of tension," the opposition source said.

"We want to cancel out any possibility of internal confrontation by clearly stating that we do not agree or endorse the idea of targeting Fateh al-Sham because the other side does have other groups that fit the designation criteria, but they are acting freely and with coverage inside Syria."

Armed groups would continue to operate with Jabhat Fateh al-Sham, the opposition source said, because it was impossible to disentangle the forces that fought side by side.

"From our point of view it's business as usual," the source said, adding that it was unclear how the United States and Russia planned to cooperate on targeting the banned militants.

Opposition groups belonging to the Free Syrian Army had already signaled their assent to the deal on Sunday, telling the United States that while they would "cooperate positively" with the ceasefire, they were concerned it would benefit the government.