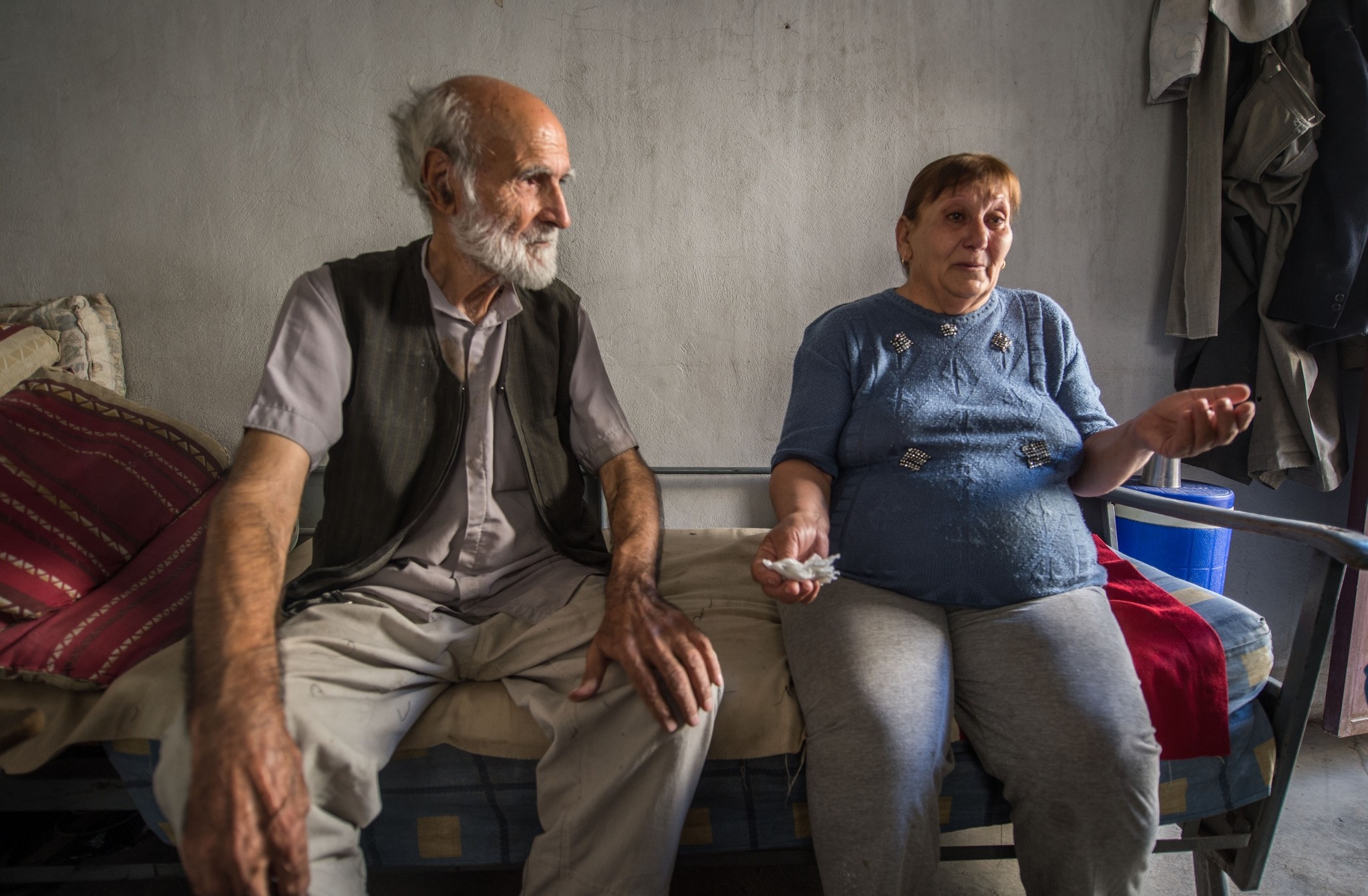 Armenian family living in Jarablus thanks Turkey for saving them from Daish https://t.co/czlpbPTENo pic.twitter.com/DYDBKF4g3N

Having lived under the oppression of Daish terrorists for years, the people of Jarablus have expressed their gratitude to the Turkish government and the Turkey-backed Free Syrian Army (FSA) for clearing the town from the terror group.

An Armenian family was especially thankful for finally being able to return to their normal lives.

Armenian tailor Artin Aduryan, 79, and his niece Doctor Siron Çilingiryan, 64, were just two out of the hundreds of civilians living in Syria under Daish's cruelty.

Çilingiryan said that she and his uncle converted to Islam and got married for the sake of formality so that Daish terrorists would not kick them out of their own land or, even worse, torture them.

Siron changed her name to Fatma and Artin changed his to Yakup.

Frightened to step foot outside while under the control of Daish in Jarablus, Çilingiryan said that they had now found peace thanks to Operation Euphrates Shield which saved the city from Daish terror.

The family thanked Turkey and the FSA for giving them the opportunity to return to their normal daily lives and get back to their jobs.

"Syria, Jarablus is my homeland. Just as fish cannot live out of water, I cannot live anywhere else but here. The rest of my family is in Germany but we [choose to be] here.

After losing her husband in Lebanon, Çilingiryan said that she went to Jarablus to live with her cousin as she had no one else.

"I can now go out, do whatever I want, I can go to the market and I don't have to wear a chador. We are very happy, we do our prayers. And most importantly we are free. I love Turley very much and I thank Erdoğan for saving us. Just as God is watching us from up above, there is Erdoğan down here. We are forever thankful to him."

Turkish air and ground support, together with the FSA, liberated Jarablus and continued marching from the east and the west. They prevailed on Sept. 4, seizing full control of the Daish-held town of Jarablus in less than a day. Jarablus is critical strategically for Turkey, as Ankara has repeatedly asserted that liberating the city from Daish terrorists would enable the coalition to establish a buffer zone in the area which would stop the influx of new refugees coming from other regions across Syria.

Turkey launched Operation Euphrates Shield on Aug. 24 in cooperation with the U.S.-led anti-Daish coalition to clear terrorist groups from Turkey's borders. So far, Turkey-backed FSA units have captured the town of Jarablus and dozens of villages located west of the Euphrates River.