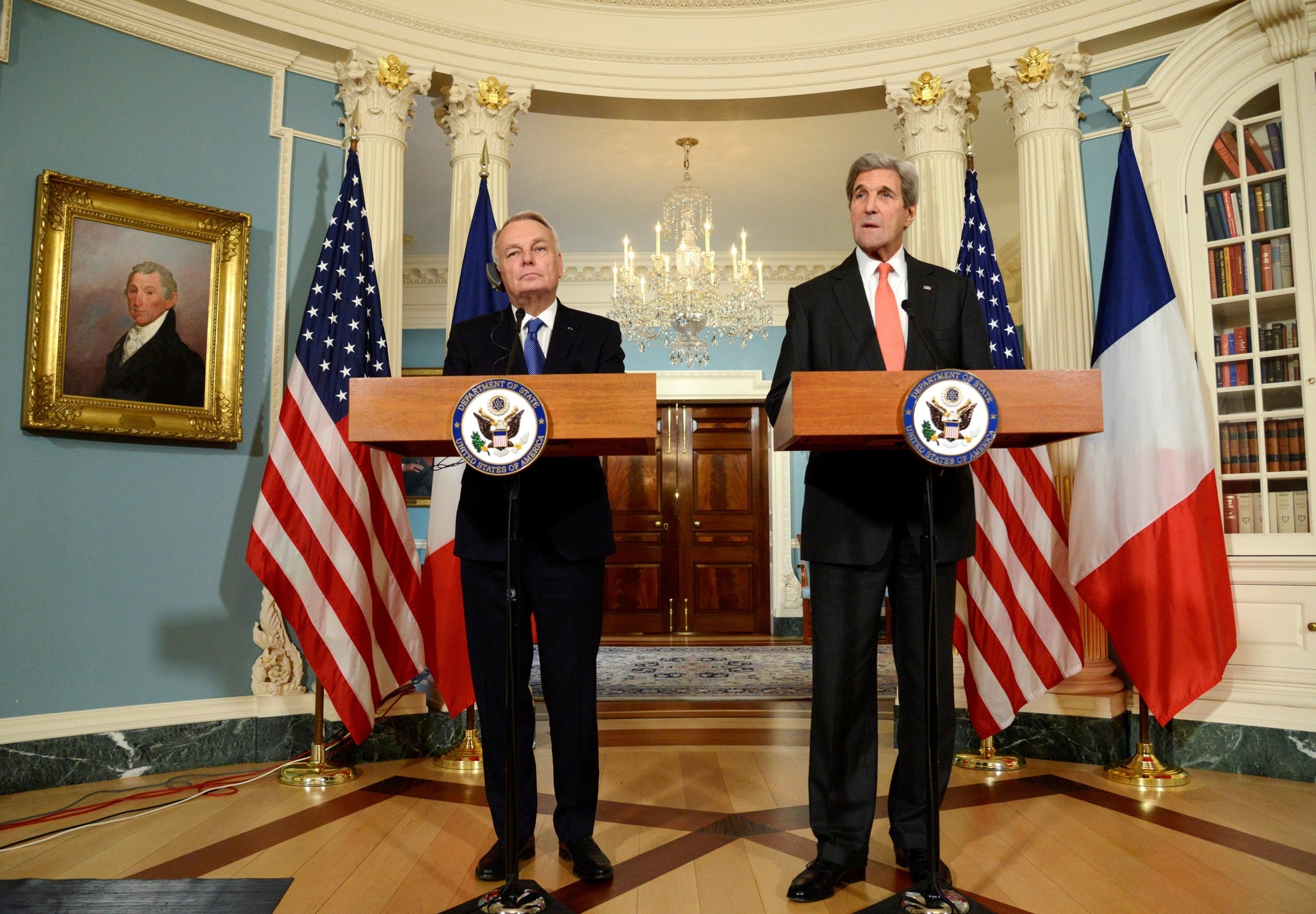 U.S. Secretary of State John Kerry called Friday for Russia and Syria to face a war crimes investigation for their attacks on Syrian civilians, further illustrating the downward spiral in relations between Washington and Moscow.

Kerry said Syrian forces hit a hospital overnight, killing 20 people and wounding 100, describing what would be the latest strike by Moscow or its ally in Damascus on a civilian target.

"Russia and the regime owe the world more than an explanation about why they keep hitting hospitals, and medical facilities, and women and children," Kerry told reporters alongside French Foreign Minister Jean-Marc Ayrault, who arrived in Washington directly from meeting Russian officials in Moscow.

Kerry said such acts "beg for an appropriate investigation of war crimes."

"They are beyond the accidental now, way beyond," Kerry said in some of his toughest criticism to date. He accused Russia and Syria of undertaking a targeted strategy to "terrorize civilians."

Russia's Foreign Ministry released a statement hours after Kerry's remarks, saying that Russia saw legal consequences in comments by Kerry and accused the secretary of state of attempting to distract the world from ceasefire failure.

Kerry's Sept. 9 agreement with Russian Foreign Minister Sergey Lavrov would have created a new counterterrorism alliance in Syria, had fighting stopped for a week and aid deliveries been permitted to reach desperate civilians in rebel-held parts of Aleppo and other besieged areas.

The truce then broke completely when Syria and Russia renewed their military offensive in Aleppo. Kerry ended bilateral discussions with Russia on the military partnership earlier this week.

The war has killed as many as a half-million people since 2011, contributed to Europe's worst refugee crisis since World War II and allowed Daish to carve out territory for itself and emerge as a global terror threat.

As Kerry and Ayrault spoke at the State Department, Russia's lower house of parliament ratified a new treaty with Syria that would allow Russia's military to remain indefinitely in the Arab country. The vote was unanimous, a show of support for Syrian regime leader Bashar Assad's government.

Russia launched its air campaign in Syria a year ago, reversing the tide of war and helping Assad's forces make significant territorial gains.