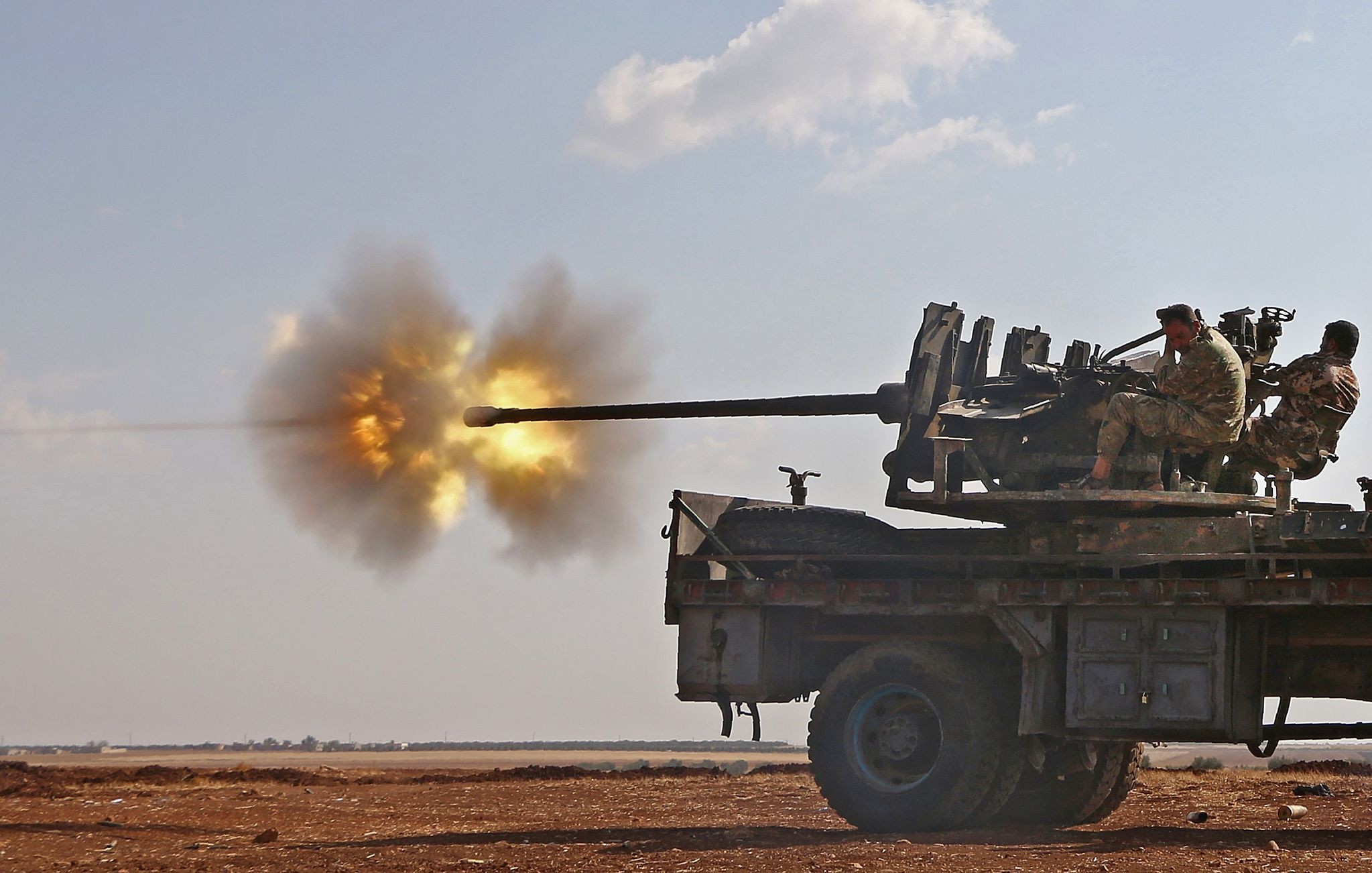 Fighters from the Free Syrian Army fire an anti-aircraft machine gun mounted on a vehicle deploy during fighting against Daish in the northern Syrian village of Yahmoul. (AFP Photo)
by Daily Sabah with Reuters Oct 12, 2016 12:00 am

The Syrian opposition advanced closer to a Daish-held village that is of great symbolic significance to the group in the Turkey-backed Operation Euphrates Shield in northern Syria on Wednesday, an opposition commander told Reuters.

The FSA captured the village of Duweibiq, which is some 2 km from Dabiq - the site of an apocalyptic prophesy central to the militant group's ideology. "The clashes were not very fierce but there is resistance," the commander said.

The Syrian Observatory for Human Rights, a UK-based organisation that reports on the war, also confirmed the capture of Duweibiq.

Turkey launched Operation Euphrates Shield in cooperation with the FSA on Aug. 24 to clear its southern border of Daish terrorists and liberate northern Syrian towns from the terrorist group. In less than a day, the FSA, backed by the Turkish Armed Forces (TSK) liberated Jarablus and continued marching from the east and the west.