Once refugees themselves back in 1956, Hungarians now rejecting refugees 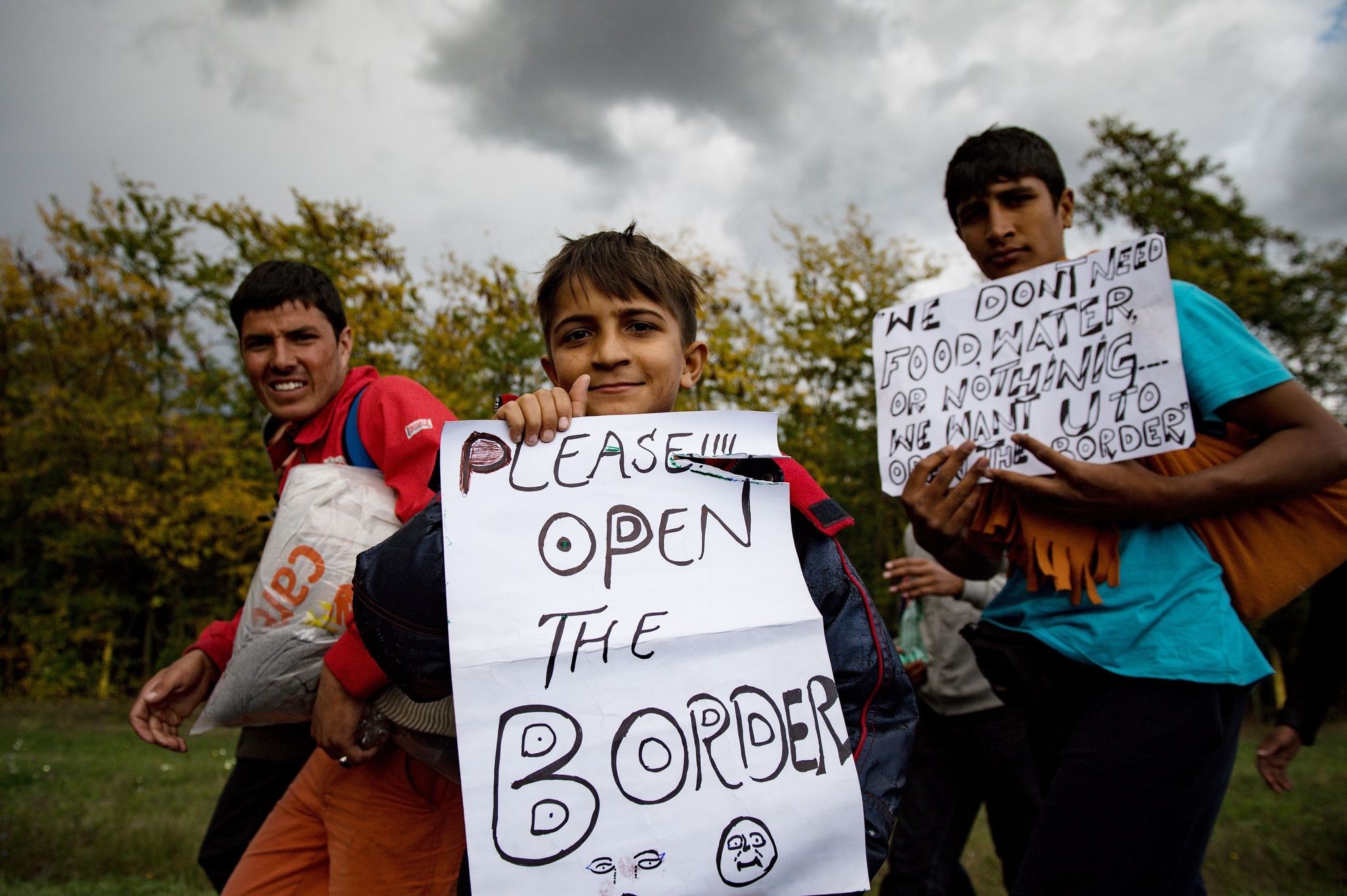 The number of migrants blocked inside Serbia has grown significantly since Hungary in July introduced tough new measures aimed at stopping them crossing the border. (AFP Photo)
by Oct 21, 2016 12:00 am

Sixty years ago, Soviet tanks crushed an anti-communist uprising in Budapest, sending 200,000 Hungarians - men women and children - fleeing across the border into Austrian refugee camps, then onwards into a welcoming Western world.

They quickly found new homes, beneficiaries of the most efficient relocation campaign the world had ever seen. Today, memories of that welcome brim with irony in a land that spurns a new generation of refugees fleeing fighting, abandoning their homes, as Hungarians themselves did before them.

Refugees are moved quickly from Hungarian soil to Austria, many landing in Traiskirchen, a small town south of Vienna. Here, thousands of Hungarians had once found refuge in an ornate old military barracks. Like their Hungarian forerunners, the migrants, mostly from the Middle East, await an onward journey.

Austrians who observed both migrant crises suggest this historical coincidence is where similarities end.

"The Hungarians were no strangers for us," Peter Bahensky, a 78-year-old Austrian retiree, told Reuters in a Traiskirchen retirement home. Bahensky, a Sudeten German, was displaced as a young child from Czechoslovakia during World War Two.

"We have always been very hospitable and we still are. But nowadays, those terrible crowds who arrive in numbers you can't estimate really make us worry, as does their religion. Hungary is a Catholic minded country, but the people who come are Muslims from many different...countries, which is a big danger for Austria's and Europe's future."

Such comments chime with those of Hungarian Prime Minister Viktor Orban, an early opponent of the largest migration wave Europe has seen since World War Two, who told Europe to close its borders and sealed Hungary's own southern frontier with a razor wire fence.

Marta Pardavi, co-chair of the rights group Helsinki Committee, said the Hungarian crisis in October and November 1956, days of fierce street fighting, was the first real test of Geneva Conventions on refugees; but the same rules held today.

"Arguments about cultural or religious differences between today's refugees and Hungarians in 1956 are nothing short of racist," she told Reuters. "Hungarians were also very different from many of the societies that welcomed them."

Orban called a referendum on European Union migrant relocation quotas. A vast majority of Hungarians rejected the idea of quotas though a low turnout rendered the plebiscite invalid.

That anti-refugee mood angered some who had fled the country in 1956 and found refuge in the West. Istvan Palffy, a 23-year-old aristocrat, was freed from prison by the revolution. Within six weeks, he was enrolled at Cambridge University.

After a successful career in Britain, Palffy returned to Hungary in 2000 and for a long time supported Orban. His views have changed.

"The refugee situation is something (Orban) knows catches the fancy, unfortunately, of a great many Hungarians," he said in his home in Budapest. "It's disastrous."

"A neighbor asked me the Monday after the referendum, 'You voted, of course?' I said 'No'. I want to weaken this government. She said, 'How can you?' She spouted back all the government propaganda."

It is a sentiment now present in many European countries, with political parties drawing on discontent over immigration. Last year saw a million migrants arrive in Germany.

The government and some former refugees dismiss parallels between today's migrants and Hungarians fleeing across the East-West divide after Soviet troops crushed the bid by a reforming Budapest government to leave the Soviet Bloc defense alliance.

The 1956 uprising challenged post-World War Two Soviet domination of eastern Europe, just three years after a mutiny in East Germany and months after a rebellion in Poland.

"The Hungarian refugee situation was in a unique dimension," said historian Gusztav Kecskes. "The Cold War context made the refugee question very important for propaganda. Every refugee who left the Soviet bloc expressed the supremacy of the West."

"Secret NATO documents show that Americans proposed NATO countries should keep accepting refugees in 1957, when public enthusiasm about that had begun to ebb... so that the refugee question is solved by the end of 1957."

In 1956, Palffy and his mother used a local guide who took them to the border and sent them off westwards.

It was a cold late November night. They crossed muddy fields until they hit a roadway.

"A motorcar came from the North, and like rabbits caught in a headlight, we were caught...The door opened and the first person to get out was a Hungarian policeman. I said, oy, we've had it, we've got back into Hungary."

"We hadn't: he had also left the country - in uniform."

According to Kecskes differences do exist between refugee "generations". Hungarians - largely Christian Europeans - were typically young, educated and, salient for the time, anti-Communist. Also, their ranks were finite.

The current refugees are more a mix of unskilled and professional, urban and rural, Syrians, Iraqis, Afghans, adults and children arriving in a markedly different world, fleeing wars with no obvious end in sight.

But refugees are refugees; a home lost, the same journeys across strange lands, crossing borders, uncertainty, waiting in camps.

American Robert Conard, then a student in Vienna, recalls how the Hungarians were given food, basic services and classes in 13 languages. Immigration agencies actively recruited.

"Mothers held babies in their arms; doctors sat next to workers, engineers next to shepherds...Motivation was the real teacher. Learning meant new life."