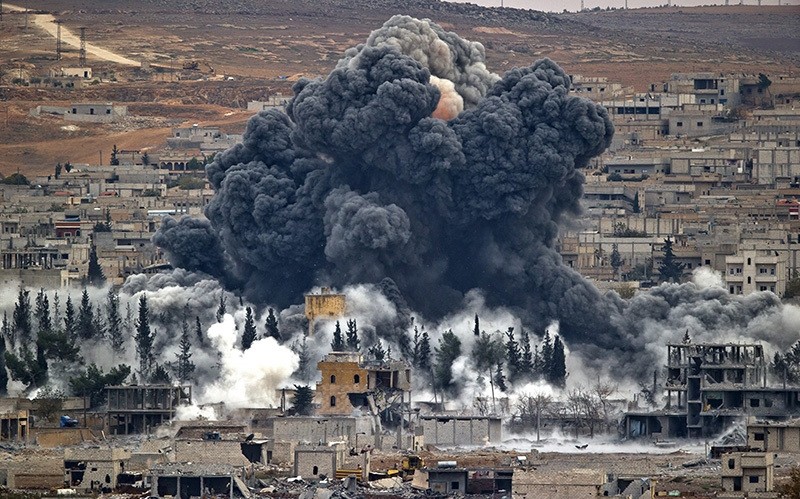 | AP File Photo
by Oct 25, 2016 12:00 am
Britain and France pushed on Tuesday for the United Nations Security Council to impose sanctions on Assad regime forces blamed for three gas attacks by an international inquiry as Syrian ally Russia said it was still studying the findings.

The fourth report from the year-long inquiry by the U.N. and the Organization for the Prohibition of Chemical Weapons (OPCW), a text of which was seen by Reuters on Friday, blamed Assad forces for a third chlorine gas attack.

The results set the stage for a Security Council showdown between the five veto-wielding powers, likely pitting Russia and China against the United States, Britain and France over how those responsible should be held accountable.

The 15-member council is due to discuss the latest report by the international inquiry on Thursday.

British U.N. Ambassador Matthew Rycroft said that the council, which set up the inquiry, now needs to "make sure there is genuine accountability and that means sanctions."

French U.N. Ambassador Francois Delattre called for the council to adopt a resolution extending the mandate of the U.N./OPCW inquiry, which expires on Oct. 31, for up to a year and also work on a separate resolution to punish those responsible.

"We call for a resolution of the council to sanction the authors of those crimes," Delattre told reporters. "When the use of weapons of mass destruction are at stake, weakness and impunity are simply not an option."

U.S. Ambassador to the United Nations Samantha Power said in a statement on Saturday that the United States wanted to see appropriate accountability for the attacks. She also supported an extension of the mandate of the inquiry.

"Other actors, seeking to terrorize innocents, will be watching to see how the international community responds at this time," Power said.

The inquiry said that Assad regime forces had used helicopters to drop barrel bombs, which then released chlorine gas. The latest report confirmed a Reuters report in September that the inquiry had identified the 253 and 255 squadrons, belonging to the 63rd helicopter brigade.

The inquiry said those "with effective control in the military units ... must be held accountable."