Opposition-held Eastern Aleppo on the brink of starvation, UN says 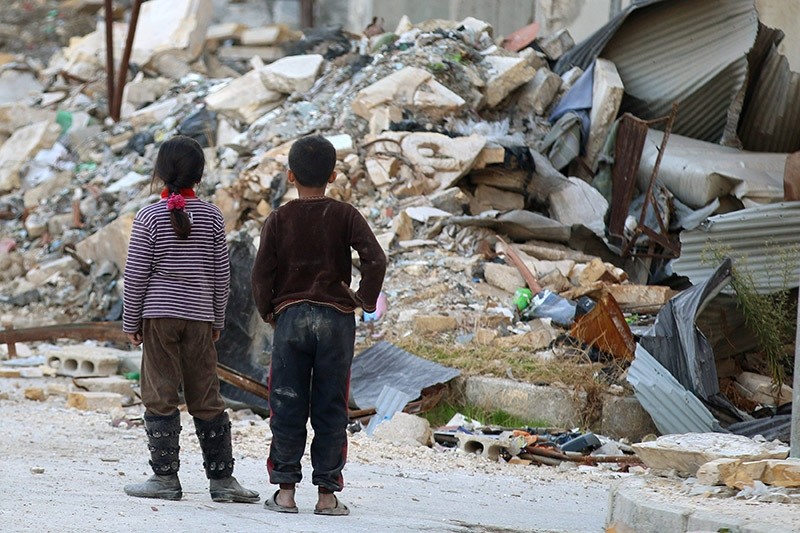 The last remaining food rations are currently being handed out in Syria's rebel-held eastern Aleppo and there will be nothing left to distribute next week without a resupply, the UN said Thursday.

United Nations aid convoys have not reached the besieged eastern part of Aleppo since July, when regime forces cut off the last supply route.

"The reports we have now from within East Aleppo is that the last food rations are being distributed as we speak," the head of a UN-backed humanitarian taskforce for Syria, Jan Egeland, told journalists.

Egeland insisted that, with winter approaching, the need to avoid mass starvation would force all sides - including the regime, its key ally Russia and the rebels - to grant humanitarian access.

"I don't think anybody wants a quarter of a million people to be starving in east Aleppo," Egeland said, referring to the number of civilians the UN says are living under siege.

Egeland said he was confident access would be possible after four months of deadlock because "the consequences of no help and no supplies will be so catastrophic I cannot even see that scenario".

The UN official also warned that the incoming cold weather will be "a real killer" and said the UN urgently needed approval for its eastern Aleppo relief plan.

The plan includes the delivery of both medical and food supplies as well as medical evacuations and deployment of medical personnel.

While the UN has mostly blamed Assad's regime for blocking access to the battleground area, rebel commanders have reportedly also failed to provide essential security guarantees.