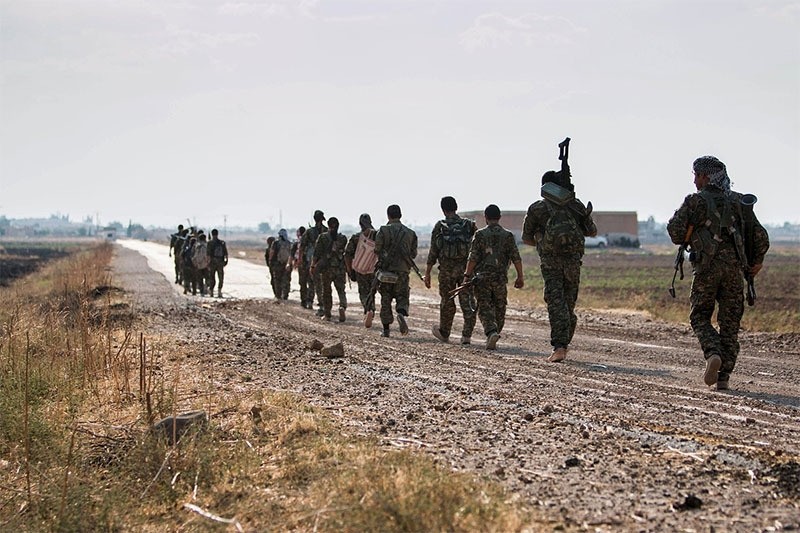 After Turkey's constant warnings, it was announced on Wednesday that the PKK's Syrian offshoots, the Democratic Union Party (PYD), and its armed wing, the People's Protection Units (YPG), would pull its militants from the Syrian city of Manbij and withdraw east of the Euphrates River.

U.S. special envoy Brett McGurk described the move as a "milestone," saying on Twitter all YPG units would depart Manbij after training local units to maintain the city's security against Daesh. The announcement about the YPG's withdrawal came days after the U.S. and Turkey set up a joint task force to clear Manbij of YPG terrorists.

However, the statement added that the YPG forces withdrawn from Manbij will participate in the Raqqa operation. Ankara has also said YPG fighters should not be involved in the planned Raqqa offensive.

Daily Sabah reported on Nov. 10 that the YPG's removal from Manbij was one of the main topics of discussion during Chairman of the U.S. Joint Chiefs of Staff Joseph Dunford's visit to Ankara on Nov. 6. At the meeting, both sides welcomed the idea of establishing a joint task force to monitor the withdrawal of YPG militants from Manbij. The task force includes members from Turkish and U.S. foreign ministries, the armed forces and intelligence agencies.

Foreign Minister Mevlüt Çavuşoğlu said on Nov. 8 nearly 200 YPG fighters are yet to withdraw east of the Euphrates, while urging the U.S. to keep its promise on the matter, asserting that a lack of cooperation would force Turkey to take the "necessary actions."

The PYD/PKK is trying to combine its self-declared Afrin canton in the northwest corner of Syria to the Kobani and Jazeera cantons in the northeast but Turkey and Syrian opposition groups fighting for the unity of Syria have been trying to prevent PKK affiliates' separatist motivations.