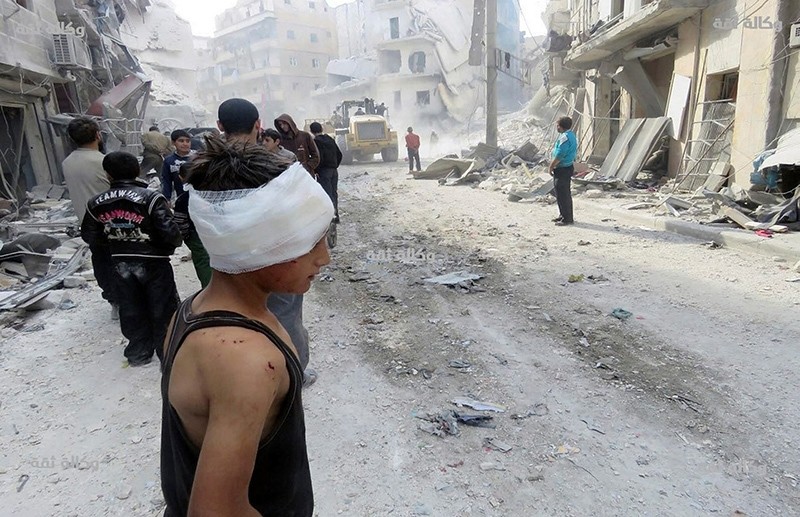 Syrian activists and rescue workers say airstrikes on a village in Syria's Aleppo province have killed seven members of the same family, including four children.

Friday's strike comes as neighborhoods in the besieged opposition-held parts of the city of Aleppo are facing the fourth day of renewed attacks by Assad regime warplanes.

This week's onslaught on the opposition-held enclave of 275,000 people began with a Russian announcement of its own offensive on the northern opposition-controlled Idlib province and the central Homs province.

So far, more than 100 people have been killed.

A physician who identified himself as Dr. Hatem, the head of the only pediatric hospital remaining in besieged opposition-held part of Aleppo, said his facility in the al-Shaar neighborhood has been targeted once more on Friday, causing damages to its exterior. The hospital was also hit during a wave of airstrikes on the complex housing four hospitals on Wednesday.

"Now it is being bombed ... I am sorry ... I have to go transfer the children" to a safe area, he said in a text message. He uses his first name fearing for his family's safety.

Another Aleppo hospital in a different neighborhood across town also was bombed late on Thursday, he said. The entrance was set on fire but no one was wounded.

The Observatory said Assad regime bombings have targeted areas housing hospitals, including one with the children's hospital and another nearby with one of the few remaining intensive care units in eastern Aleppo.

Many hospitals and clinics in the besieged area have moved their operations underground after months of relentless bombings and airstrikes. The World Health Organization said in 2016, it recorded 126 attacks on health facilities, a common tactic in the war in Syria.