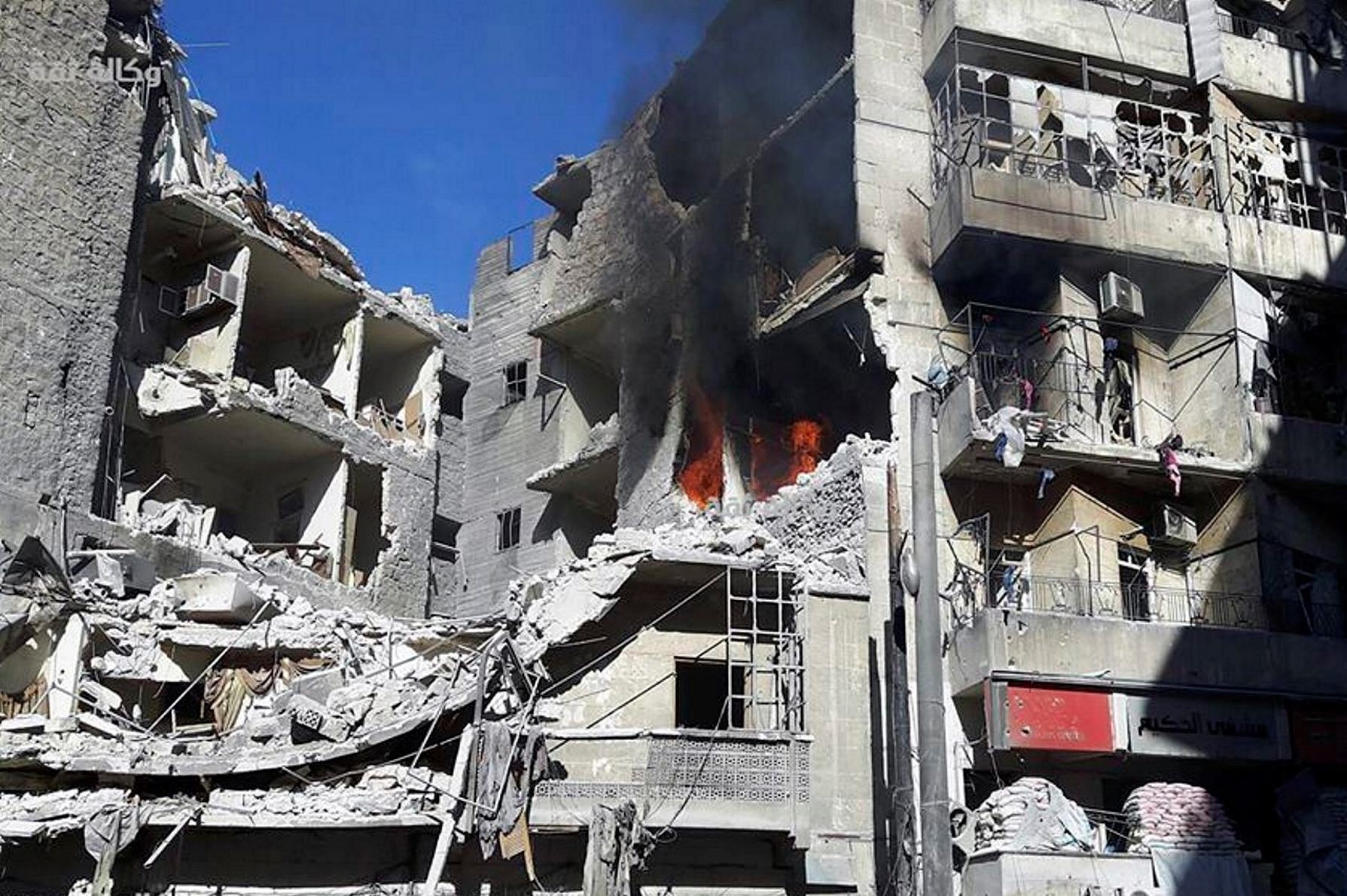 As Assad forces press their assault to recapture strategic cities, nearly a million Syrians live under siege, the U.N. said, as pro-Assad forces continue to target civilians in eastern Aleppo, killing more than 320 in a week

Nearly a million Syrians are living under siege - almost double that from six months ago - amid the ongoing Syrian civil war, a U.N. official said Monday. Stephen O'Brien, U.N. under-secretary general for Humanitarian Affairs and Emergency Relief Coordinator, told the U.N. Security Council in New York that 974,000 Syrians were currently living in areas under siege.

Six months ago that number stood at 487,000. Since July, 275,000 more people have come under siege in eastern Aleppo alone. "Civilians are being isolated, starved, bombed and denied medical attention and humanitarian assistance in order to force them to submit or flee. It is a deliberate tactic of cruelty to compound people's suffering for political, military and in some cases economic gain," O'Brien said.

The goal is to destroy and defeat a civilian population that cannot defend itself, he said. Responsible is Bashar Assad, "the one party, above all, who should be defending and protecting" Syria's citizens, he asserted.

Since the Assad forces pressed an assault to recapture the entire war-torn city of Aleppo, more than 320 civilians have been killed in eastern Aleppo over the last six days, a civil defense official said Monday.

Spokesman Ibrahim Abu Laith said 322 people have been killed and 1,050 injured since pro-Assad warplanes stepped up their bombing campaign against the city. At least 82 children and 63 women have been killed in attacks. Opposition-held areas were targeted with cluster bombs, barrel bombs and vacuum bombs. Schools and bakeries were among the buildings targeted, he added. On Friday, all of the city's hospitals were forced to shut due to relentless airstrikes.

The U.S. State Department said multilateral discussions continued in Geneva to reach a cease-fire agreement in order to find a political solution and provide "meaningful" humanitarian aid to Syria. Agency spokesman John Kirby said aid has not been delivered to Aleppo for more than one month as shelling and bombing in the war-torn country seemed "to be intensifying." The spokesman said although there was no "innocent belief in the goodness of Russian intentions," the U.S. knew from prior experience that Moscow could use leverage on the Syrian regime to stop bombings in Aleppo. Kirby said Secretary of State John Kerry would continue to be focused on the issue for the two months he has left in the office and the U.S. would continue to support ongoing U.N. efforts to investigate strikes on Aleppo, and to name the perpetrators.

Asked whether the U.S. would support U.N. Special Envoy for Syria Staffan de Mistura's suggestion that eastern Aleppo could form its own local council that may coordinate the U.N. receiving humanitarian supplies, Kirby said the U.S. was still going through some of the details of the proposal. However, he added that the U.S. would "certainly" support effective governance at the local level in Syria.

The U.S. on Monday accused 13 Syrian commanders and prison officials of responsibility for attacks on cities, residential areas and civilian infrastructure as well as acts of torture. The detailed allegations appeared to be aimed at laying the groundwork for future war crime prosecutions and marked an 11th hour attempt by the Obama administration to hold Assad accountable for the alleged atrocities.

U.S. Ambassador Samantha Power accused Assad's regime and close ally Russia of continuing their "starve, get bombed, or surrender" strategy in rebel-held eastern Aleppo and stressed that this was not an isolated case.
RELATED TOPICS