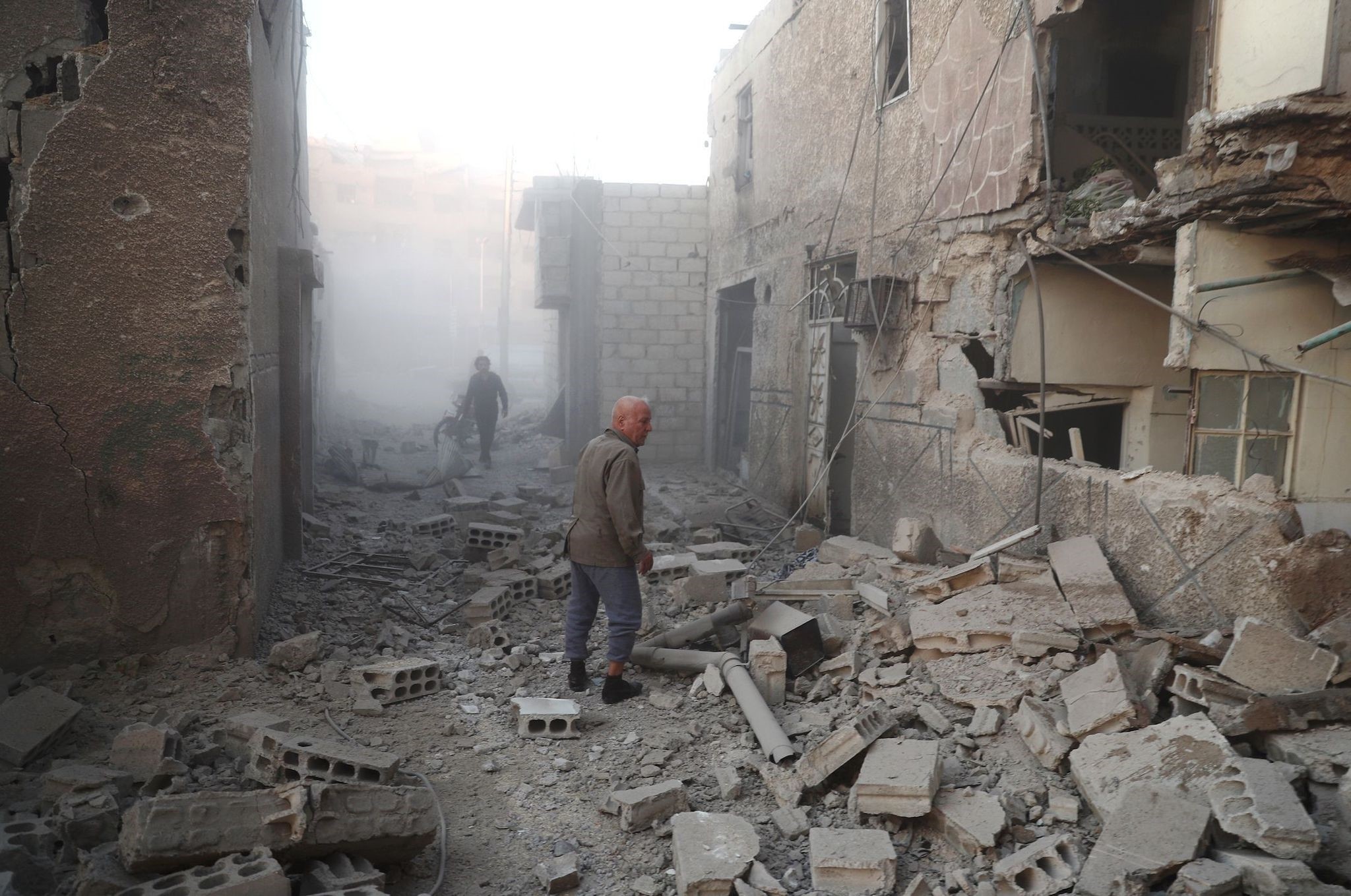 A Syrian man searches for victims following a reported regime airstrike on the rebel-held town of Douma, on November 17, 2016. (AFP Photo)
by Associated Press Nov 25, 2016 12:00 am

The Britain-based Syrian Observatory for Human Rights said the airstrike on the village of Taqad caused widespread destruction and killed and wounded "a large number" of people.

The opposition's Halab Today TV and Step News Agency said five people were killed in the airstrike and dozens wounded.

Friday's airstrike on Taqad came as opposition activists reported intense airstrikes and shelling on the besieged opposition-held eastern neighborhoods of the northern city of Aleppo amid fighting on several fronts.

The Observatory said Syrian regime forces are trying to advance in two neighborhoods, including the Hanano area of which large parts have been captured by troops.