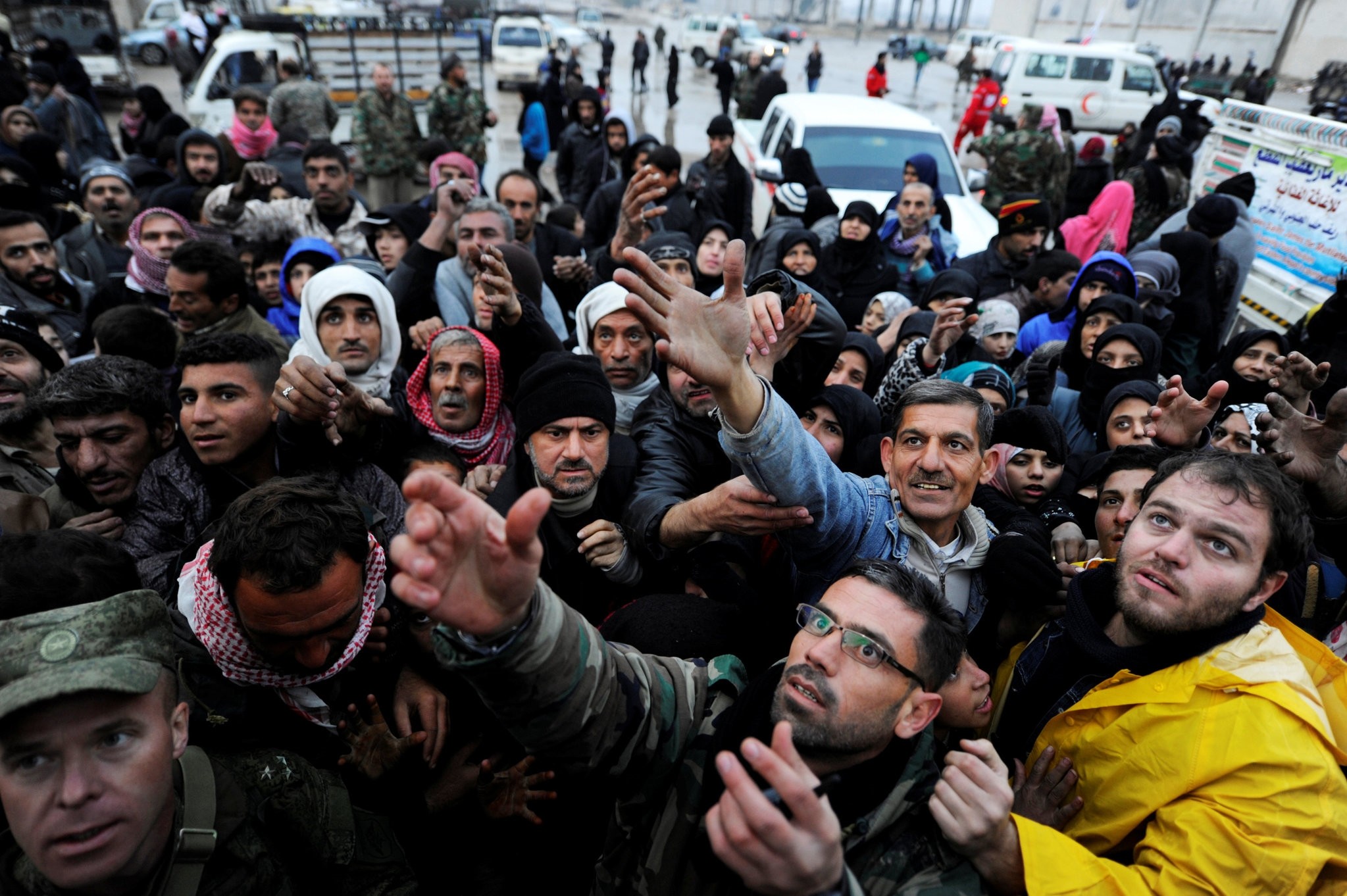 | Reuters Photo
by Dec 01, 2016 12:00 am
About 30,000 people are receiving aid after fleeing the besieged eastern zone of Aleppo in the past few days, taking the total number of displaced people in the Syrian city to more than 400,000, U.N. special envoy Staffan de Mistura said on Thursday.

By Wednesday, about 18,000 people had been registered entering regime controlled areas and about 8,500 crossing into Sheikh Maqsoud, the Kurdish-controlled zone of Aleppo, de Mistura's humanitarian adviser Jan Egeland told reporters. He said those figures were likely to have risen on Thursday.

Syria and Russia have declined the U.N.'s request for a pause in the fighting to evacuate 400 sick and wounded in need of immediate treatment, but Russia wants to discuss the idea of setting up four humanitarian corridors, he said.

"A humanitarian corridor can work if all the armed actors respect it," Egeland said.

The U.N. has food for 150,000 people ready in western Aleppo but it still cannot reach roughly 200,000 who remain in the enclave, where food stocks have run out and surgery is being done in basements without anesthetic, he said.

The United Nations is scaling up its presence in western Aleppo to help with the aid effort but also to monitor the treatment of people fleeing the besieged zone.

"There are no more vulnerable people on earth probably than the civilian population in Aleppo," said Egeland.

The top priority remains a pause in the fighting, as well as finding shelter for people as winter begins, he said.

De Mistura renewed his call for the members of the group formerly known as the Nusra Front to leave the besieged zone, which he said would help save lives and strengthen the argument for a ceasefire.

Elsewhere in Syria, aid convoys reached the four besieged towns of Foua, Kufreya, Madaya and Zabadani this week, but overall aid convoys only reached 8 percent of the besieged population in November. The U.N.'s aid convoy plan for December has not yet been approved by the government, Egeland said.