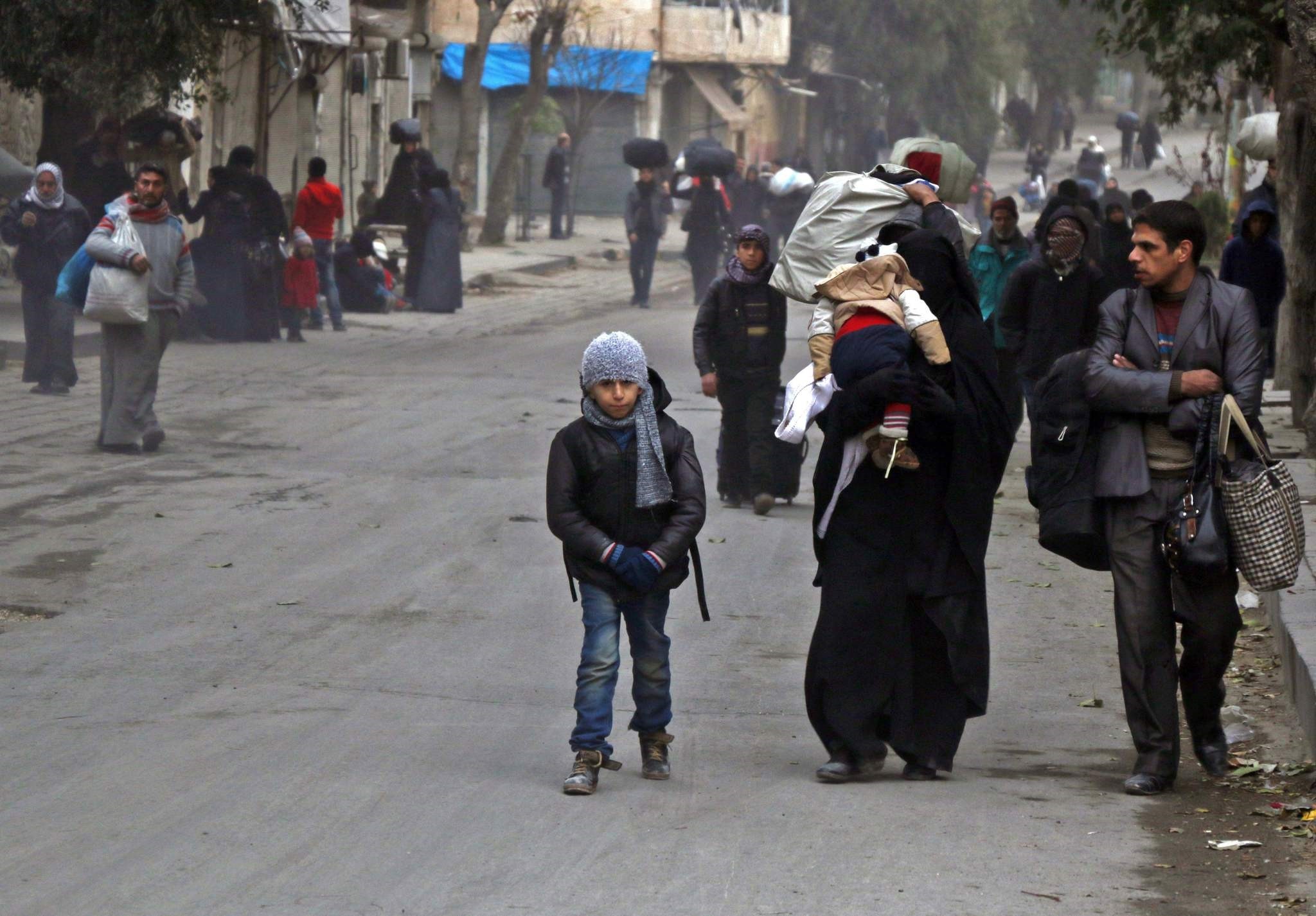 At least eight civilians were killed Saturday in a regime airstrike in Syria's northwestern city of Aleppo, according to a pro-opposition Syrian civil defense official.

Najib Ensari, an Aleppo-based official, told Anadolu Agency that 14 others were injured when a Syrian army jet shelled civilians fleeing their homes in Aleppo's eastern conflict-ridden areas to the al-Shear neighborhood.

He added that civil defense teams were trying to rescue civilians trapped under the wreckage.

Around 300,000 civilians in eastern Aleppo have been reeling under a crippling regime-imposed siege for more than three months.

Since mid-November, more than 758 civilians have been killed -- and 2,500 others injured -- in regime attacks on the area, according to figures released by local civil defense officials.

The fierce bombardments have forced hospitals and other medical facilities in the war-battered city to cease operations while most academic activities have been completely halted.

The stepped-up attacks come within the context of attempts by the Russia-backed Assad regime and its allies to wrest control of eastern parts of the city, four years after they were captured by armed opposition groups.

Syria has been locked in a devastating civil war since early 2011, when the Bashar al-Assad regime cracked down on pro-democracy protests -- which erupted as part of the "Arab Spring" uprisings -- with unexpected ferocity.