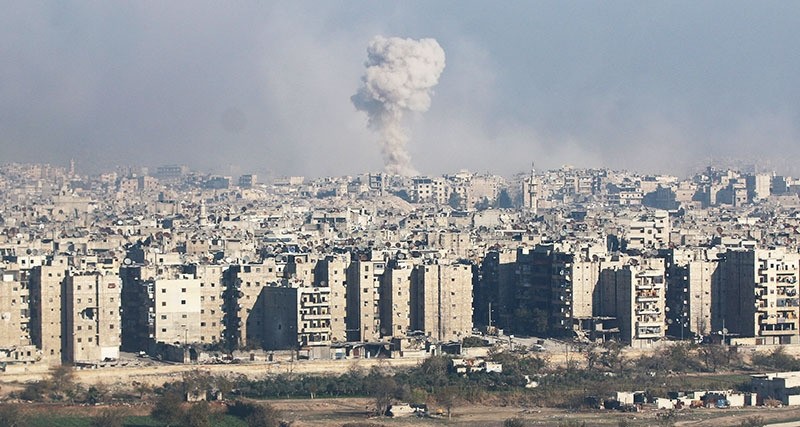 More than 20,000 civilians have left eastern Aleppo on Saturday and over 1,200 fighters opposed to Syrian President Bashar al-Assad have laid down their arms, Interfax news agency cited the Russian Defence Ministry as saying on Saturday.

Turkey has recently been carrying out an intense diplomatic discourse to halt the clashes in Aleppo, particularly with Russia.

President Recep Tayyip Erdoğan has held several phone meetings with his Russian counterpart Vladimir Putin to reach a solution on the crisis.

Meanwhile, Prime Minister Binali Yıldırım also held meetings with Russia's Prime Minister Dmitry Medvedev in a recent visit, during which he said both states are putting in efforts to reach a solution and cooperating to end the crisis.

Russia has been backing Syria's Assad regime with severe bombardments against opposition areas since September 2015. In the case of Aleppo, Russia claims it does not carry out airstrikes in that area.