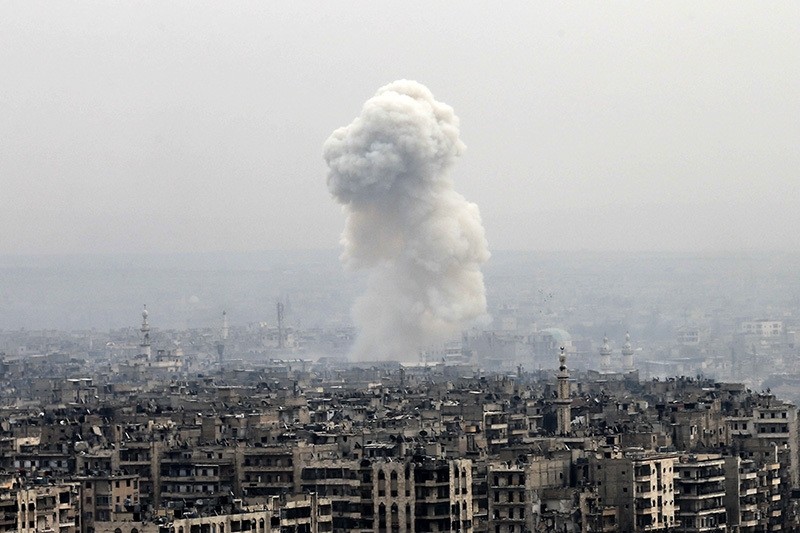 The U.N.'s children's agency reports that dozens of unaccompanied children are trapped in a building under fire in eastern Aleppo and is calling for their immediate evacuation from the enclave the opposition fighters and some 150,000 civilians remain trapped.

"As violence continues to escalate in Aleppo today, thousands of children are suffering in silence, and coming under brutal attack as the world watches. It is time for the world to stand up for the children of Aleppo and bring their living nightmare to an end," UNICEF said in a statement.

Geert Cappelaere, UNICEF regional director, says it's "time for the world to stand up for the children of Aleppo and bring their living nightmare to an end."

"According to alarming reports from a doctor in the city, many children, possibly more than 100, unaccompanied or separated from their families, are trapped in a building, under heavy attack in east Aleppo," UNICEF said.

UNICEF told Anadolu Agency in an email: "We are unable to confirm location as we don't want to expose the children to more danger."

Earlier reports on Tuesday indicated that over 100 civilians were killed as pro-Assad forces were relentlessly bombarding last opposition-held pockets in eastern Aleppo.

Urging all parties to allow the safe and immediate evacuation of all children, the agency added: "UNICEF is deeply concerned by unverified reports of extra judicial killings of civilians including children and reminds all parties of their responsibilities under international law."

According to the UN, the regime and its allies entered homes and shot dozens of civilians dead during its offensive in eastern Aleppo on Monday.

UNICEF called on "all warring parties to immediately reach a truce in Aleppo and allow humanitarian organizations to deliver urgent assistance to families and children in need wherever they are, and without conditions."

Over the course of the last 27 days, an estimated 990 civilians have been killed in eastern Aleppo in attacks by the Syrian regime and allied militias, according to local source-based reports from the city.

Opposition-held eastern Aleppo, besieged since late August, was gradually seized by Assad regime forces over the past weeks amid reports of summary executions of civilians. Syrian TV said Monday the regime forces and their allies gained control of 99 percent of eastern Aleppo.