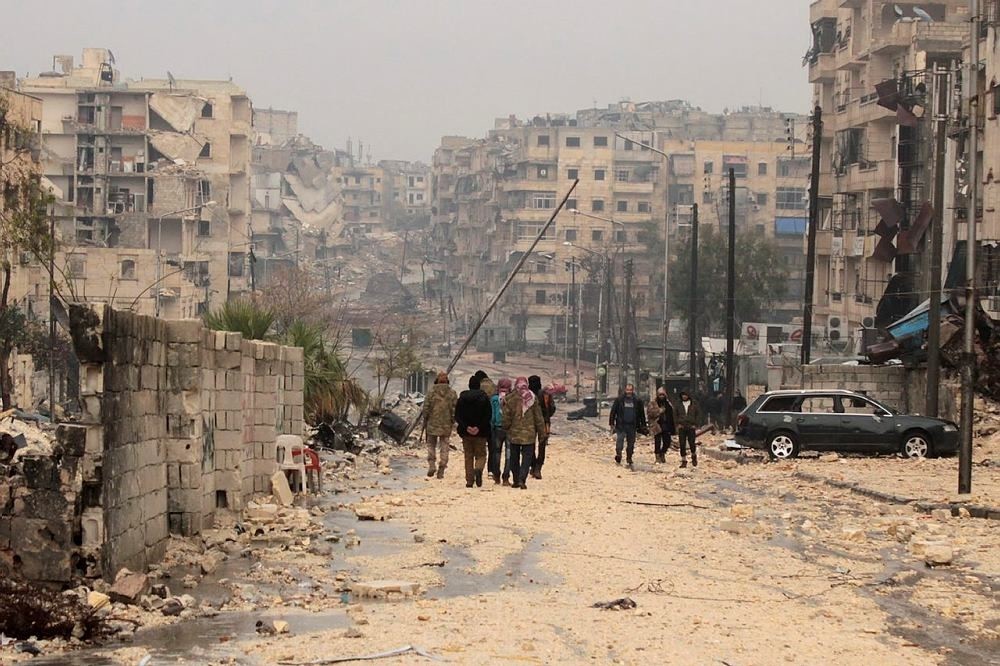 People walk at a damaged area one day after a ceasefire was announced, at al-Mashhad neighborhood in the rebel-held part of Aleppo, Syria, 14 December 2016. (EPA Photo)
by Daily Sabah with AA Dec 14, 2016 12:00 am
Iranian militants launched late Wednesday an operation against the last portion of land in eastern Aleppo still not under Assad regime control.

Anadolu Agency reported that the militia are under the command of an Iranian general and the operation is supported by Hezbollah militants.

Assad regime forces and Iran-backed Shiite militias attacked Aleppo on Wednesday, violating the latest truce reached after mediation efforts from Turkey, while the sound of explosions were heard in the city earlier on in the day.