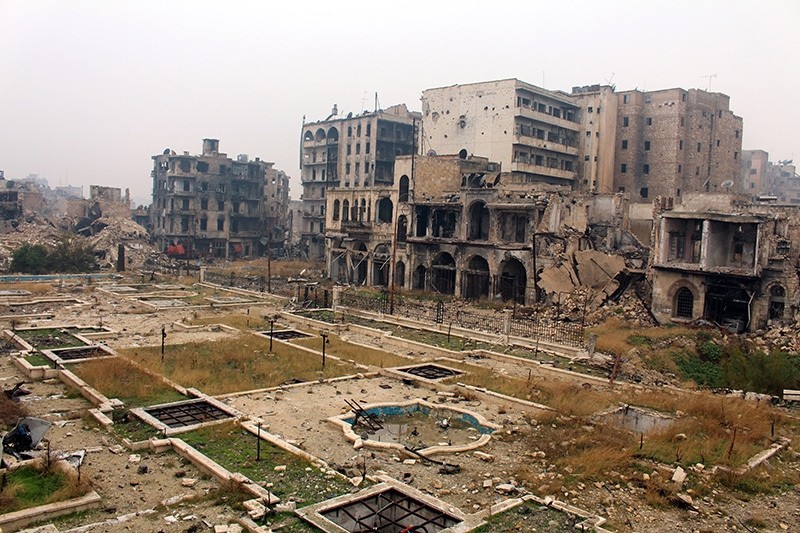 Russia's defense ministry said on Wednesday that the regime forces resumed its assault in eastern Aleppo after opposition fighters broke a truce intended to allow them to evacuate.

The ministry said that its military monitors in Syria had organized the evacuation of fighters from the city by bus following an agreement between rebel leaders and Damascus, a process that was supposed to begin at 0400 GMT.

But the convoy of civilian buses gathered in the Salaheddin neighborhood came under fire from rebel territory after the fighters "regrouped and relaunched hostilities" in an attempt to break through Syrian positions to the northwest, the ministry said.

"The attack by the terrorists was warded off. The Syrian army continued its operation to liberate the eastern districts of Aleppo controlled by the rebels," Russia's military said in a statement, without specifying whether the regime operation was ongoing.

A deal reached Tuesday, which would end years of opposition resistance in the city, called on civilians and fighters to promptly start evacuating from Aleppo.

If implemented, the deal would mark a major victory for Bashar al-Assad over opposition forces who rose up against him in 2011.

Earlier Wednesday Russian Foreign Minister Sergei Lavrov said that Moscow expected opposition resistance in Aleppo to end in the next "two to three days" and for the situation to be "resolved".

Moscow is backing staunch ally Assad's forces with a bombing campaign, while Washington has supported opposition forces battling the regime.

The Russian foreign ministry said in a statement that Lavrov had on Tuesday discussed the situation in Aleppo with Turkish counterpart Mevlüt Cavuşoğlu.

Turkey on Tuesday confirmed that a ceasefire deal had been struck and that those leaving would go to the northwest province of Idlib, almost completely controlled by a powerful opposition alliance known as the Army of Conquest.

The fall of Aleppo would be the worst opposition defeat since Syria's conflict began in 2011, and leave the government in control of the country's five major cities.

More than 300,000 people have been killed since the start of the conflict, and over half the population has been displaced, with millions becoming refugees.