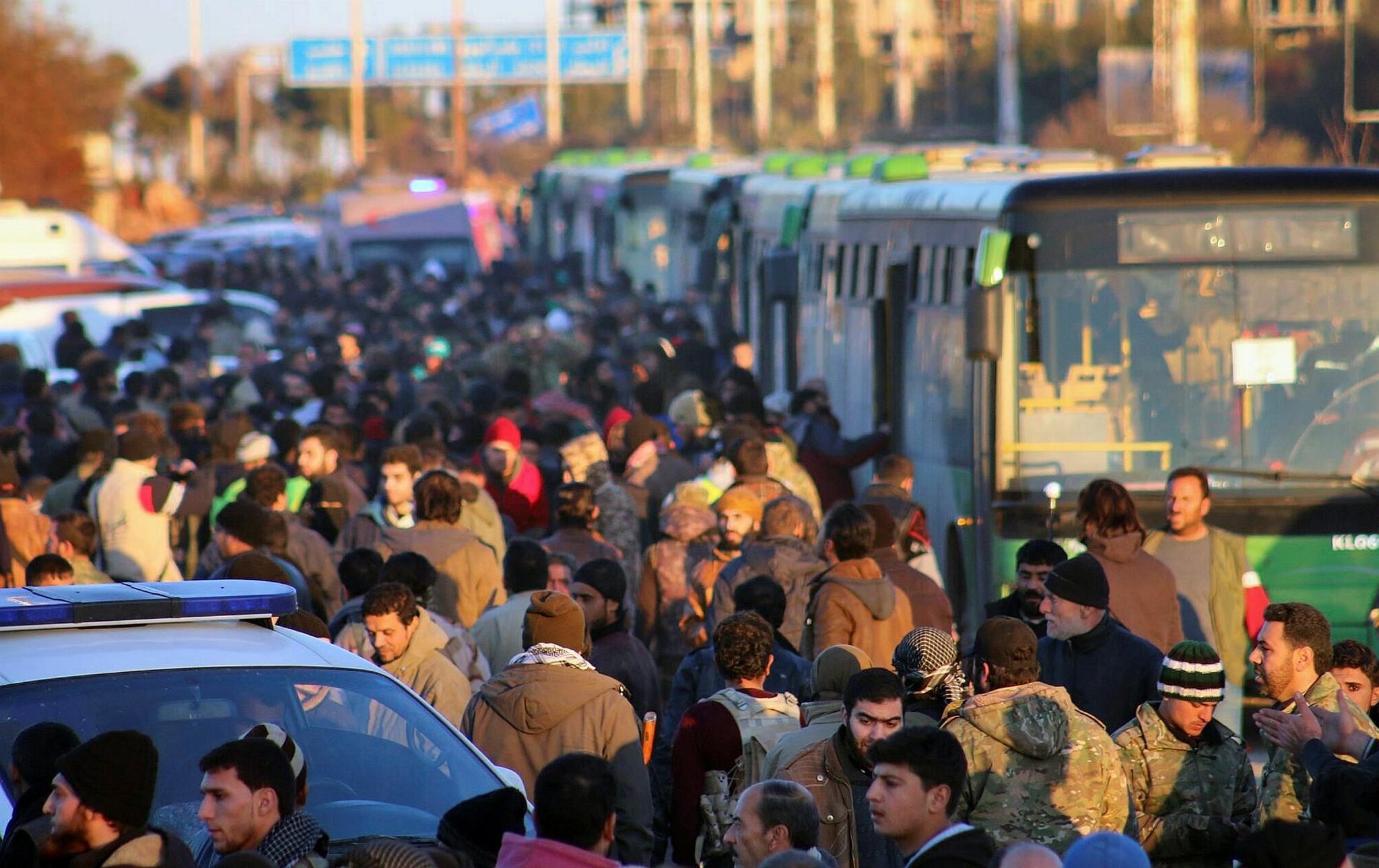 Residents gathered near green buses as they hold their belongings for evacuation from eastern Aleppo, Syria. (AP Photo)
by Daily Sabah with AFP Dec 18, 2016 12:00 am

The evacuations expected Sunday of opposition fighters and civilians from east Aleppo and two Shiite villages under siege in northwestern Syria has been postponed until further notice, a monitor said.

The Syrian Observatory for Human Rights said the move was decided after gunmen attacked buses sent to evacuate people from the villages of Fuaa and Kafraya and in the "absence of security guarantees for the evacuees".

Yasser al-Youssef of the Nureddin al-Zinki opposition group confirmed that "the evacuations have been momentarily suspended".

The evacuation was suspended on Friday as well, a day after convoys of people had begun leaving the opposition sector under a deal allowing the Assad regime to take full control of the battleground city.

By early evening in Aleppo, more than 30 buses were packed with people awaiting evacuation, while thousands more stood on the streets in the cold for their turn to board other buses.