Number of wounded from Aleppo being treated in Turkey reaches 131 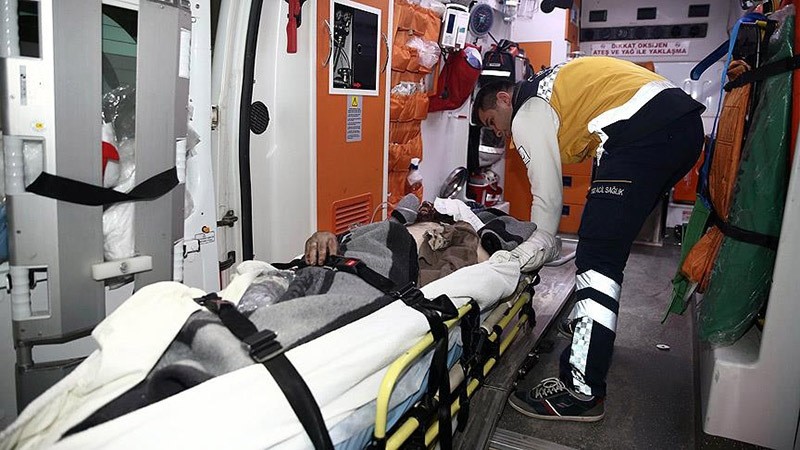 131 seriously wounded civilians from the evacuation convoys, which left eastern Aleppo being occupied by the Assad regime and pro-regime groups, have been brought to Turkey's southern province of Hatay, the Directorate General of Press and Information said on Monday.

The seriously wounded were first brought to a safe zone in western Aleppo and then to Idlib before being sent to Turkey, the sources stated.

Turkish medical teams waiting at the Cilvegözü Border Gate with the coordination of the Prime Ministry Disaster and Emergency Management Authority (AFAD) took the wounded to different hospitals in the city.

Five evacuees succumbed to injuries despite all medical efforts, while 12 were discharged.

More wounded from Aleppo are expected to be treated in Hatay, the sources added.

Turkish officials have been making tremendous effort to ensure the safe evacuation of Aleppo.

The operation of the evacuation of civilians and opposition fighters from east Aleppo in Syria was suspended on Friday after pro-regime Iran-backed militias attacked a convoy, killing four civilians. However Syrian opposition officials announced Saturday that new a new deal had been reached with the Assad regime to completely evacuate the opposition-held enclave in eastern Aleppo, resuming evacuation operations on Sunday.

Syria has been entangled in a civil war since 2011, after the Assad regime cracked down on pro-democracy protests. Iran, which maintains close ties both with Assad, and previously with his father Hafez Assad, during his rule of the country, was among the first countries to offer assistance in crushing the opposition, which later took up arms and formed the Free Syrian Army in the face of increasing violence by Assad forces.