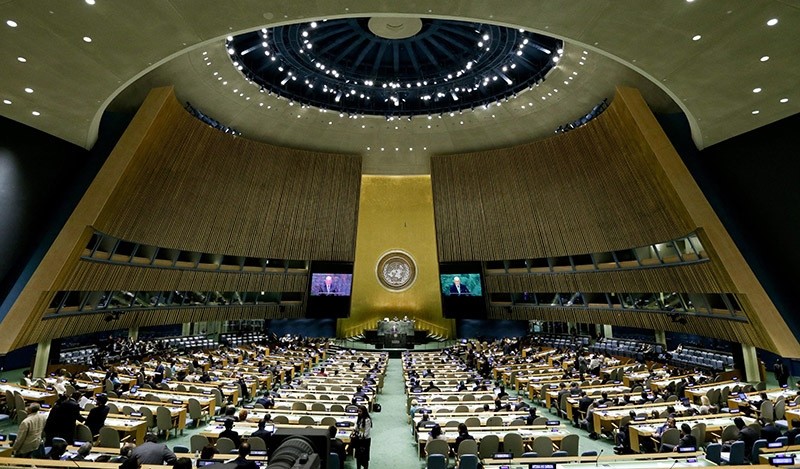 The UN General Assembly votes Wednesday on setting up a panel to build cases for the prosecution of war crimes in Syria, in what would be a first step toward punishing those responsible for atrocities in the nearly six-year war.

The draft resolution prepared by Liechtenstein is co-sponsored by 54 countries including the United States, France, Britain, Italy and Germany as well as regional powers Turkey and Saudi Arabia.

Liechtenstein's Ambassador Christian Wenaweser said the new UN panel would gather evidence and ensure the files are "trial-ready for the moment when there is a court that can exercise jurisdiction over these crimes, which is currently not the case."

A UN Commission of Inquiry set up in 2011 has submitted several reports detailing atrocities committed during the war that has killed more than 310,000 people.

Civil society groups have also been compiling documents, lists of witnesses and video footage that could one day be admissible in a court of law.

The 193-nation assembly will vote on establishing an "international, impartial and independent mechanism to assist in the investigation and prosecution of those responsible for the most serious crimes" in Syria since March 2011, when the conflict began.

The panel will "collect, consolidate, preserve and analyze evidence of violations of international humanitarian law and human rights violations and abuses and prepare files in order to facilitate and expedite fair and independent criminal proceedings," according to the draft text.

Russia, Syria's main ally, and China in 2014 blocked a request by the Security Council that the International Criminal Court begin investigations of war crimes in Syria.

Supporters of the measure said they expected it to be adopted after a strong majority of 122 countries in the General Assembly voted earlier this month to demand an immediate ceasefire in Syria.