Hezbollah will continue to stay in Syria, Iranian official says 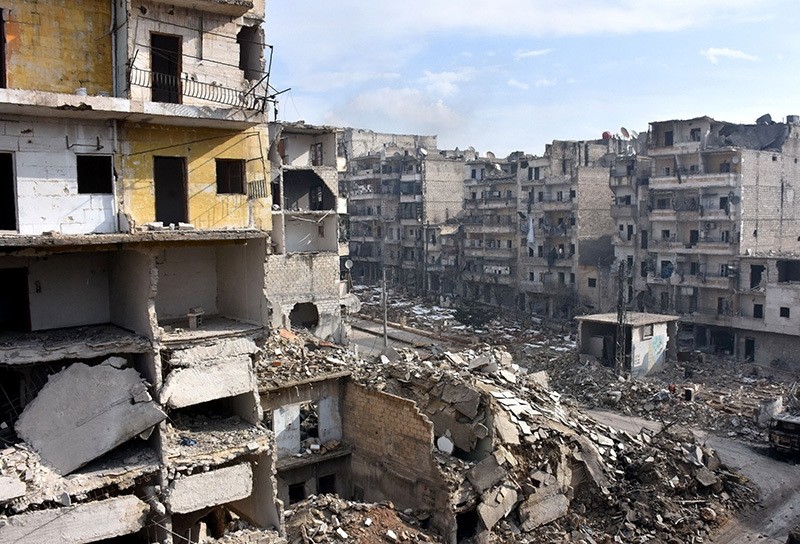 A picture shows destruction in the former rebel-held Sukkari district in the northern city of Aleppo on December 23, 2016 (AFP Photo)
by Anadolu Agency Jan 03, 2017 12:00 am

A key advisor to Iranian Supreme Leader Ali Khamenei said Tuesday that fighters from Lebanon's Shia Hezbollah group would not leave Syria despite a ceasefire deal brokered last week by Turkey and Russia.

"The claim that Hezbollah would leave Syria after the ceasefire is mere propaganda by the enemy," Ali Akbar Velayati said at a press briefing in Tehran after meeting Iraqi Vice President Nuri al-Maliki, according to Iran's ISNA news agency.

Velayati went on to point out that meetings devoted to Syria's future would be held later this month in Kazakh capital Astana by the Assad regime and its allies.

"Those who attempt to hold a negotiation process without the consent of the Assad regime or people will not be allowed to join the talks [in Astana]," he said.

Like Russia, Iran is a staunch supporter of Syria's Assad regime, which since 2011 has been fighting heavily-armed opposition groups for control of the country.

For the last five years, Iranian troops and Hezbollah fighters have been fighting alongside regime forces in Syria. During this period, more than 1,200 Iranian soldiers and pro-Iran militiamen are believed to have been killed in the ongoing fighting.

Velayati made the remarks after Syrian opposition groups announced earlier Tuesday that they would not take part in the upcoming talks in Astana, which are being promoted by both Turkey and Russia.

In a joint statement, opposition groups said continued aggression by the Assad regime and its allies in Syria constituted a breach of a ceasefire deal that went into effect last Friday.

According to Velayati, Tehran and Moscow have continued to coordinate on Syria despite claims that the latter was ignoring Iranian interests in the country.

Syria has remained locked in a devastating civil war since early 2011, when the Assad regime cracked down on pro-democracy protests with unexpected ferocity.

Since then, more than a quarter of a million people have been killed -- and more than 10 million displaced -- as a direct result of the conflict, according to UN figures.