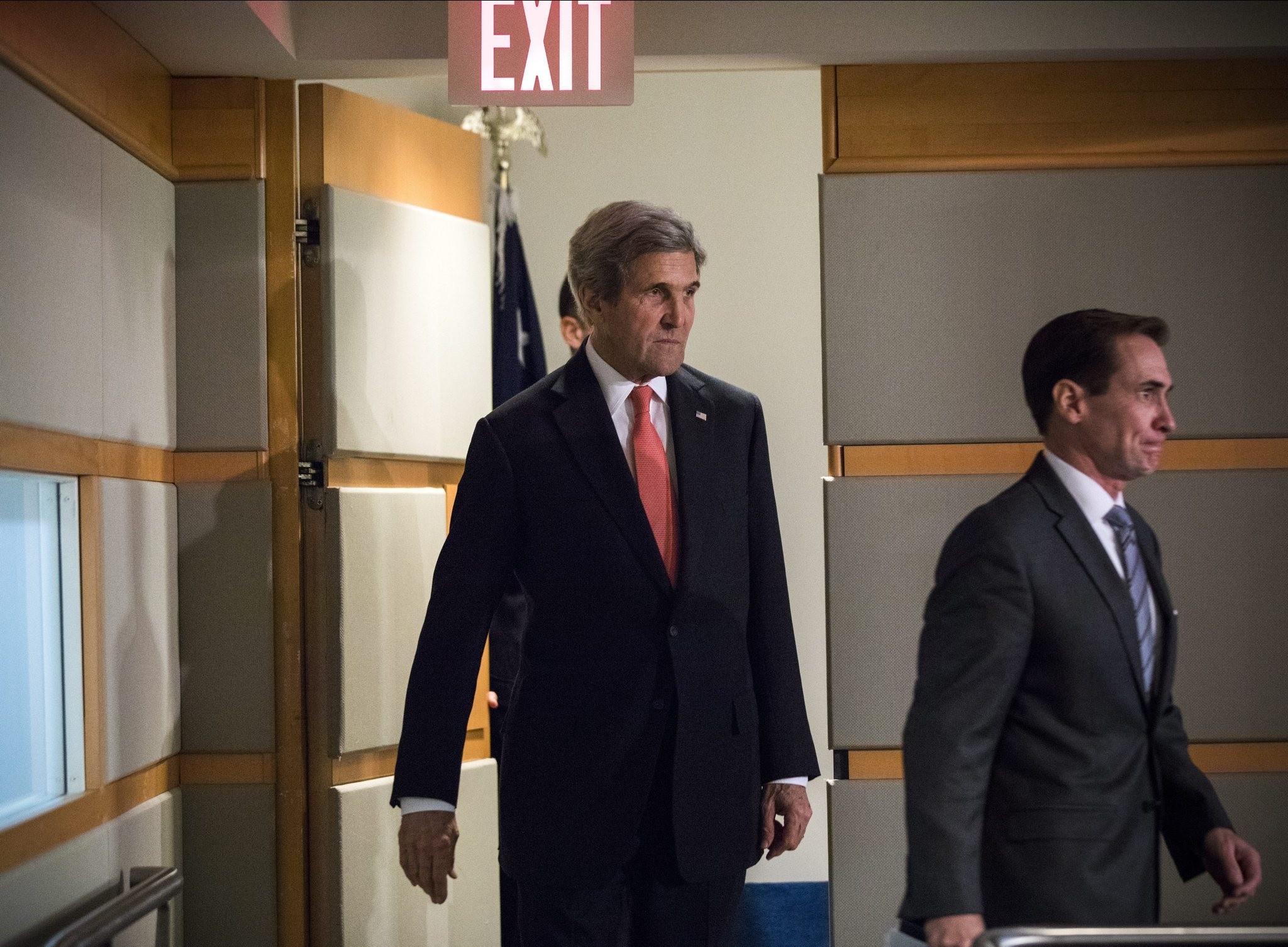 Wikileaks has released a full audio of U.S. Secretary of State John Kerry's meeting with the Syrian Opposition members at the Dutch Mission of the United Nations on September 22, 2016, where he implied the U.S. initially thought Daesh's growth would weaken the Assad regime.

"And we know that this was growing, we were watching, we saw that Daesh was growing in strength, and we thought Assad was threatened," Kerry said during the meeting.

"We thought, however, we could probably imagine that Assad might then negotiate, but instead of negotiating he got Putin to support him," he said in the audio.

"The reason Russia came in is because ISIL was getting stronger. Daesh was threatening the possibility of going to Damascus at some point and that's why Russia came in. Because they didn't want a Daesh government and they supported Assad. " Kerry said.

Kerry also told Syrian members that he pushed for intervention in Syria, but eventually lost the argument as the U.S. congress voted against the military intervention.

'"I lost the argument for use of force in Syria,"

Wikileaks said that the audio gave a glimpse into what goes on outside official meetings and that it represents the U.S. narrative and not necessarily the entirely true narrative.

Earlier the audio was published by the New York Times and CNN, but the outlets both only published some parts, omitting Kerry's most critical comments.