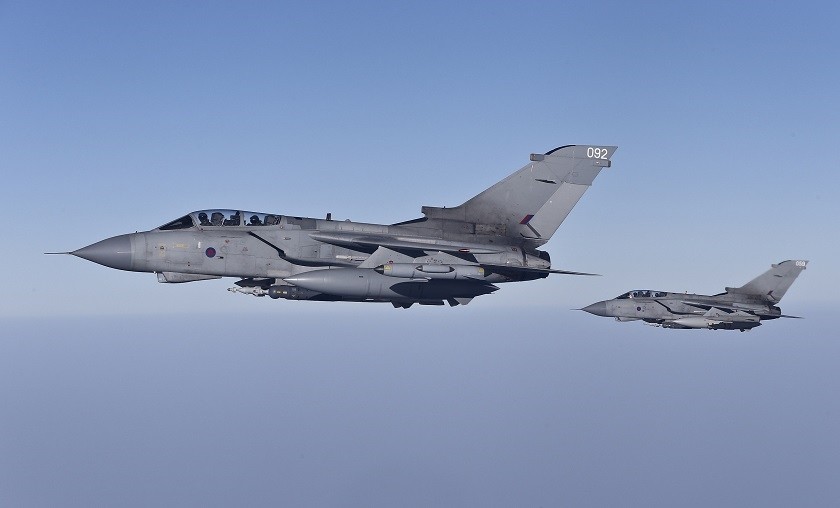 Tornado fighter jets of the British RAF. (REUTERS Photo)
by Daily Sabah with AA Jan 18, 2017 12:00 am
The U.S.-led international coalition struck Daesh targets in northern Syria's al-Bab province with warplanes for the first time in a long while.

As part of target coordination efforts conducted with the Coalition, British Tornado fighter jets struck and destroyed Daesh targets in the Bzagah region around 3:30 p.m. (1230GMT), the Turkish Armed Forces said in a statement Wednesday.

It said reconnaissance flights were carried out with armed drones belonging to the U.S.

The statement added that Russian warplanes also hit Daesh targets in southern Al-Bab under the agreement signed by Turkey and Russia on Jan. 12, allowing them to coordinate air operations in war-torn Syria.