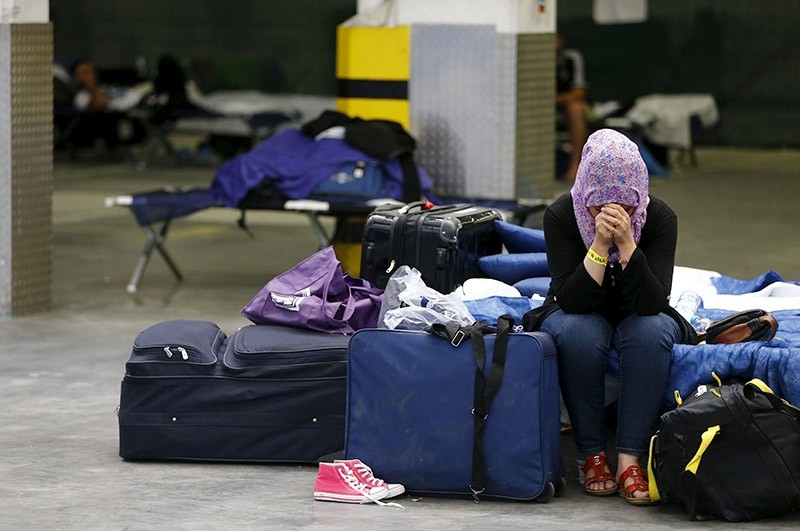 A Syrian woman cries as she sits on a folding bed in a former newspaper printing house used as a refugee registration centre for the German state of Hesse in Neu-Isenburg, on the outskirts of Frankfurt, Germany, September 11, 2015. (Reuters Photo)
by Feb 21, 2017 12:00 am

Syrians fleeing the multi-sided civil war in their home country do not have an automatic right to refugee status under the Geneva Convention, a German court ruled Tuesday.

It could not be assumed that asylum seekers returning to Syria would be persecuted as political opponents solely on the grounds of their having fled, the Higher Administrative Court in the western German city of Muenster ruled.

A refugee from Aleppo had brought the case forward, contesting a decision from Germany's Federal Office for Migration and Refugees (BAMF) on his own status.

The office currently awards Syrian asylum seekers only temporary, so-called "subsidiary protection," which protects them from deportation but prevents them from reuniting with family members.

The ruling is significant for other cases. In the German state of North Rhine-Westphalia alone, 12,300 lawsuits had been brought by Syrians contesting decisions by the BAMF by the end of January.