US to supply heavy weaponry, armored vehicles to YPG-dominated group in northern Syria 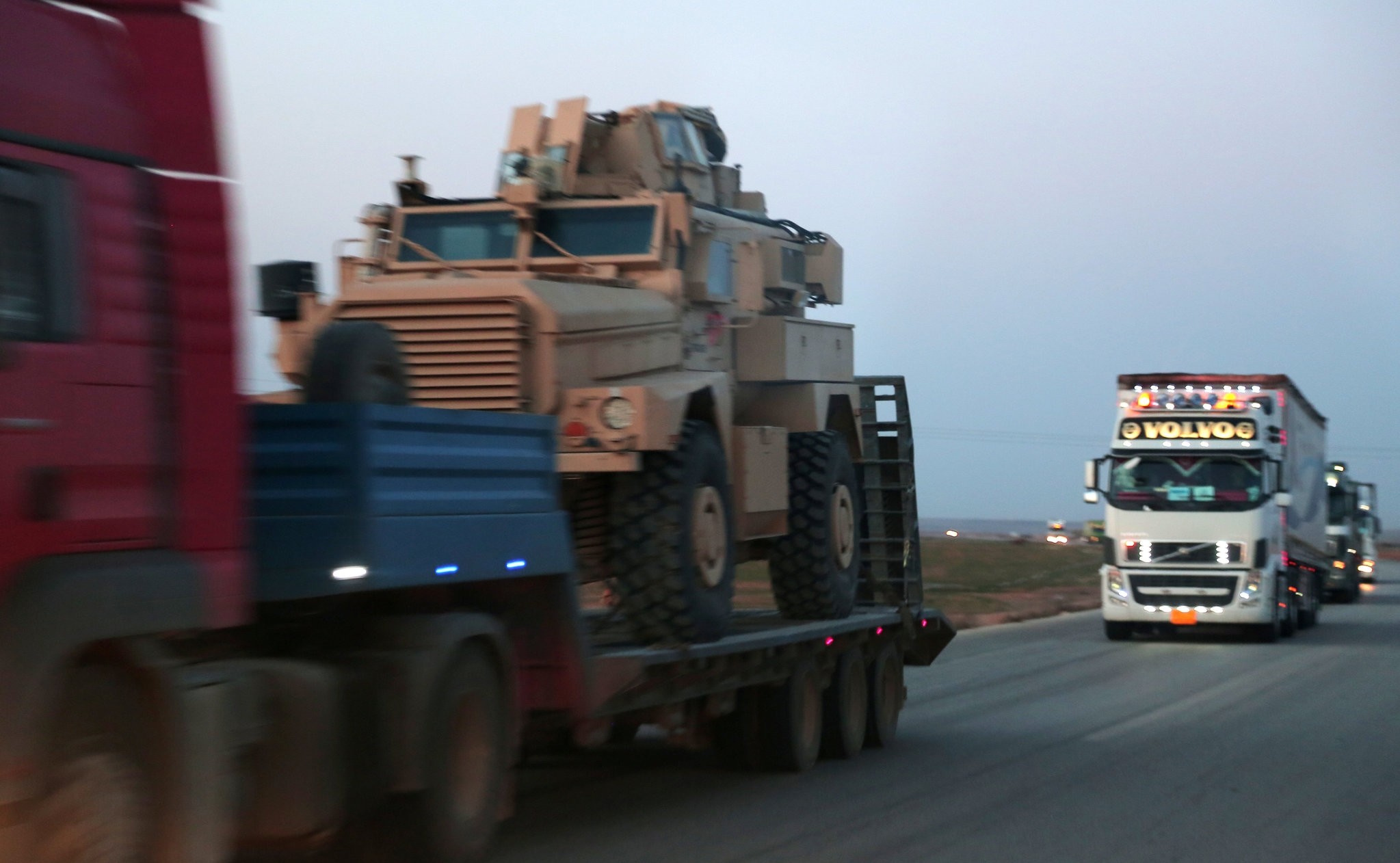 Spokesman Talal Sello of the Syrian Democratic Forces (SDF), which is dominated by the PKK's Syria offshoot, the People's Protection Units (YPG), said on Friday that the U.S. has promised its support to the group, including the delivery of heavy weaponry in the coming days.

Sello's comments were made to the French Press Agency following a secret visit by the head of U.S. Central Command (CENTCOM) Gen. Joseph Votel. Sello said that in the meeting with Votel, they "discussed the increase of coordination and support [to the SDF] in the era of Donald Trump."

"There were promises of heavy weapons in future stages," Sello said.

However, Votel's spokesman Col. John Thomas stressed that the general did not make any specific promises about any type of weaponry.

"During the conversation, Gen. Votel understood their need for logistical support and resources that may be greater than what they have been provided up until now," Thomas said. "While assuring them that this was a need he understands, he did not make specific promises."

"The results were positive. We discussed the developments in the 'Euphrates Rage' campaign and shared military matters," the SDF spokesman said, describing the meeting as "confirmation of U.S. support for our forces."

CENTCOM released on Saturday photos of the weapons delivery to Arab fighters as well as a recruit training center of the Syrian Democratic Forces (SDF), in northern Syria. A tweet posted on the official account of CENTCOM also called a group of female SDF fighters "the first class of professionally trained female recruits".


Reuters on Friday released several photos of a convoy carrying military supplies and armored vehicles in northern Syria's Hasaka city, the same location the U.S. previously sent military aid for the group. The photos were released following a secret visit by General Joseph Votel, the head of CENTCOM, to northern Syria, where he met with senior SDF officials this week.

U.S. support for the SDF — which includes Kurdish, Turkmen and Arab elements — remains a source of contention between Washington and Ankara.

Regarding Ankara's concerns over the U.S. government's cooperation with the PYD-YPG terrorist organization in fight against Daesh, Deputy Prime Minister Numan Kurtulmuş said the U.S. needs to "make a choice. "Is America going to cooperate with a 3,000-5,000-strong terror group, or a politically and economically stable Turkey with an 80 million population?" Kurtulmuş asked.

"They need to make a choice. And according to our observations, they agree with us more and more."

U.S. Senator John McCain (R-AZ), Chairman of the Senate Armed Services Committee, released a statement last week on meeting with the President Recep Tayyip Erdogan in Ankara last week, saying, "The United States must work with Turkey to deal a rapid and lasting defeat to ISIL [Daesh] as part of a broader strategy to strengthen U.S. allies and partners, counter the malign influence of our adversaries, and build a favorable balance of power in the region."

Meanwhile, the anti-Daesh coalition commander Lieutenant General Stephen Townsend reportedly said that the U.S. is aware of Turkey's dissatisfaction over U.S. cooperation with the SDF, but believe the SDF's claim that their forces do not pose a threat to Turkey.

Washington's recent Syria policy has relied heavily on support from the terrorist YPG, the armed wing of the PYD. That has vexed Ankara, which designates both groups Syrian branches of the PKK terror group. The SDF is primarily composed of elements of the YPG group, which Turkey sees as the Syrian offshoot of the PKK — a group designated as a terrorist organization by both the U.S. and Turkey. Washington has refrained from following suit on the YPG, but has insisted that it's training and material support for the SDF does not go to the YPG. However, Colonel John Dorrian, a spokesman for the coalition, admitted last month that YPG forces have also benefitted from vehicle deliveries by the U.S.

The Turkish military had said earlier on Friday that the Turkish-backed Free Syrian Army (FSA) forces had taken control of every neighborhood in Syria's al-Bab.

A total of 230 residential areas and 1,925 square kilometers (743 square miles) of land have been liberated from the Daesh terrorist group in northern Syria since the onset last August of the Turkey-backed military operation in the region, the Turkish Chief of General Staff said in a statement.

The operation, which began on Aug. 24, relies heavily on FSA fighters backed by Turkish artillery and air support.