Forced evacuation of eastern Aleppo by regime was a war crime: UN panel 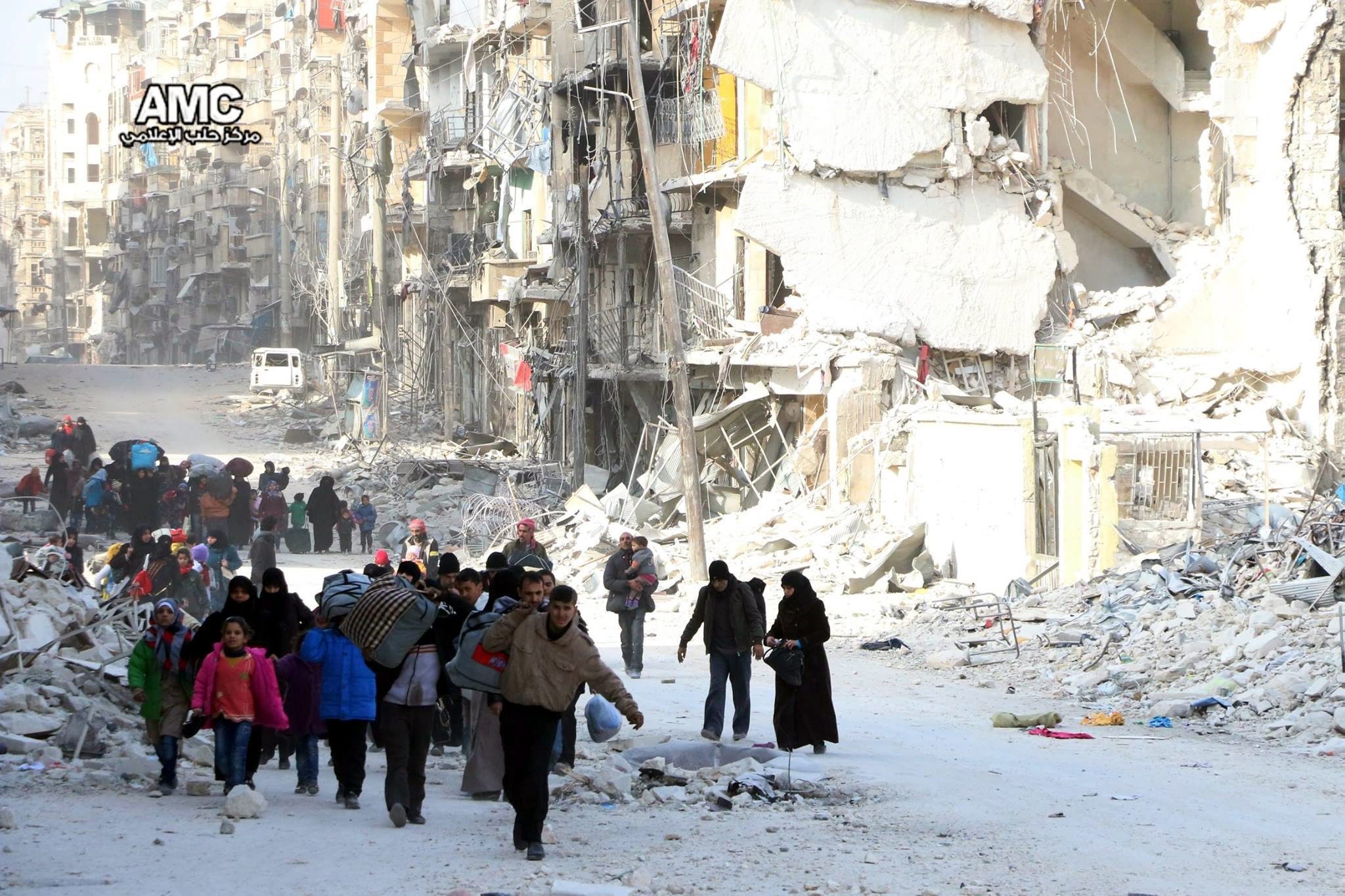 A U.N. panel said Wednesday the forced evacuation of eastern Aleppo in December by the Assad regime, after months of siege and aerial bombing by Russian and regime forces, was one of many war crimes committed by those fighting for control of Syria's largest city.

The Commission of Inquiry on Syria unveiled a report looking at violations by all parties in last year's battle for Aleppo. It singled out a "particularly egregious attack" in which the regime warplanes targeted a humanitarian aid convoy.

The findings come amid an open-ended stretch of talks aimed at resolving the six-year-long conflict. The capture of Aleppo was a major victory for regime leader Bashar al-Assad and shifted the military balance in his favor.

The agreement to evacuate opposition-held eastern Aleppo gave civilians no option to remain at the end of the protracted campaign, in which daily aerial bombings killed hundreds of people and left all the hospitals in the area out of service.

The commission said the agreement amounted to "the war crime of forced displacement."

The report looked at violations committed between July 21, when the rebel-held part of Aleppo was besieged, and Dec. 22, when Syrian troops and allied forces assumed full control of the city.

It drew on the testimony of 291 eyewitnesses, satellite imagery and an array of material including medical reports, forensic evidence and information provided by U.N. member states.

"For months, the Syrian and Russian air forces relentlessly bombarded eastern Aleppo city as part of a strategy to force surrender," said the commission's chairman, Paulo Pinheiro. "The deliberate targeting of civilians has resulted in the immense loss of human life, including hundreds of children."

The commission said it was often difficult to know whether specific strikes were carried out by Russia or the regime. But it said it had determined that regime warplanes targeted hospitals on at least two occasions, and deliberately attacked a humanitarian aid convoy on Sept. 19.

"The munitions employed (against the convoy) were particularly appropriate for attacking unarmored vehicles and individuals," the report said. It also found evidence that the regime had used prohibited cluster munitions.

Both sides were guilty of carrying out indiscriminate attacks in densely populated civilian areas, it said, adding that opposition had launched imprecise mortar attacks on regime-held neighborhoods.

The Aleppo fight was among the most horrifying episodes in a Syria's six-year war that has claimed more than 310,000 lives. Medical charity Doctors Without Borders described the city's east as a "kill box."

The battle began to decisively turn in the regime's favor in late November, setting off a series of reprisal killings perpetrated by both regime soldiers and allied fighters.

The crimes include regime soldiers killing their own relatives, who backed the opposition and executing the wife and daughter of an opposition commander as they tried to enter western Aleppo, the report said.

Assad's forces have reportedly been backed by Lebanese, Iranian and Iraqi forces among others, but the COI did not decisively link individual militias to specific atrocities.