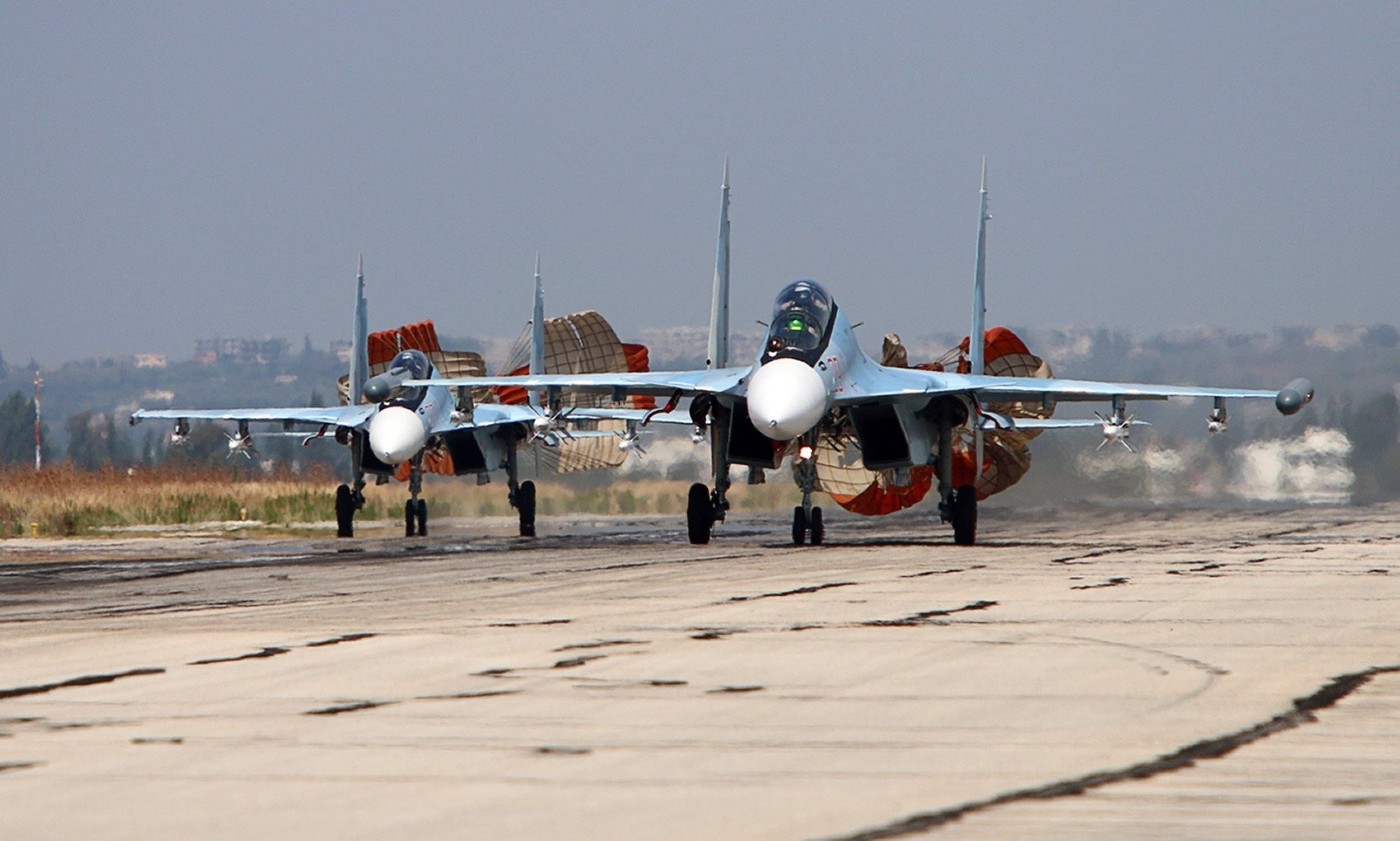 Russian Sukhoi SU-30 SM jet fighters landing on a runway at the Hmeimim airbase in the Syrian province of Latakia. (AFP PHOTO)
by Daily Sabah Mar 01, 2017 12:00 am

Russian defense ministry denied on Wednesday that Russian aircraft bombed positions of Arab components of the US-backed SDF outside of al-Bab, rejecting an earlier statement by the U.S. general in charge of the anti-Daesh coalition.

The ministry said in a statement that the US has provided exact coordinates of the US-backed opposition forces in the region to Russian military and the information was "taken into account".

"Not a single air strike on the regions specified by the US side was conducted by Russian or Syrian air forces," the statement said.

Townsend said the confusion came amid "a very complicated battlefield situation where essentially three armies and an enemy force have all
converged within the same grid square. It's very difficult and complicated."

The American general did not detail casualties beyond confirming that some had occurred before the air raids were halted after U.S. sent word that quickly reached Russian officials, who acknowledged the problem and stopped the bombing.