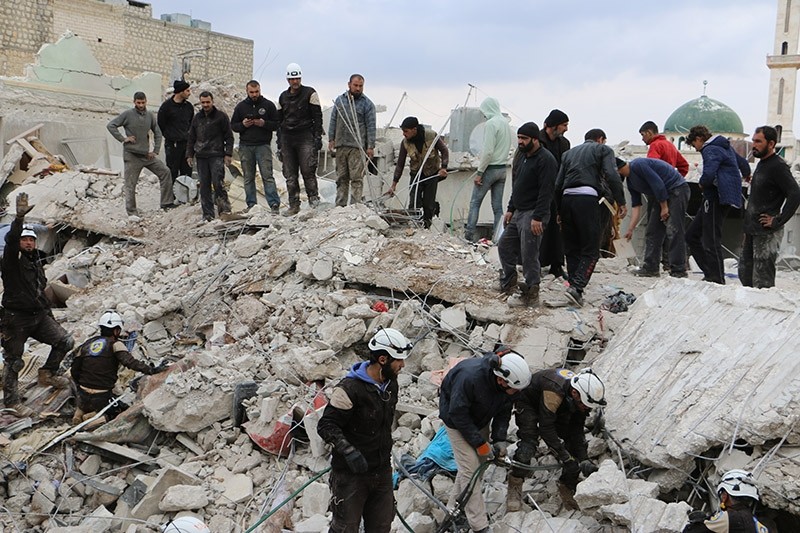 Rescue teams try to save victims who stayed under the debris following Assad regime airstrike in Idlib, Syria. (AA File Photo)
by Anadolu Agency Mar 05, 2017 12:00 am

At least nine civilians were killed and dozens injured in regime attacks on opposition-held areas in war-torn Syria on Saturday, according to a civil defense official and residents.

"Eight people were killed and 15 others injured in the attack," he said.

He said the airstrike has caused heavy damage in the area.

Saeed Ali, a local resident, said many women and children were still trapped under the debris of destroyed buildings.

"Efforts are underway to extract them from under the rubble," he said.

Meanwhile, opposition spokesman in Homs Khalil Adel said one civilian was killed and 12 others were injured in a regime raid on the Homs neighborhood of Al-Waer in western Syria.

The war has also left nearly half of the country's population displaced.