EU to host Syria aid conference in Brussels on April 5 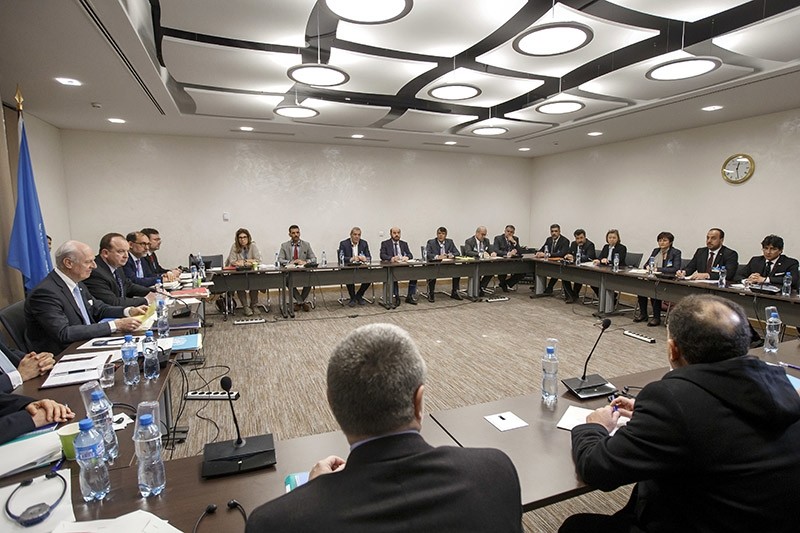 UN Special Envoy of the Secretary-General for Syria and Syria's main opposition High Negotiations Committee (HNC) attend a round of negotiation, during the Intra Syria talks, at the UN headquarters in Geneva, Switzerland, March 3, 2017. (AP Photo)
by Anadolu Agency Mar 07, 2017 12:00 am

The European Union announced Tuesday that it will host an aid conference on April 5 to address the impact of the crisis in war-battered Syria.

The conference will bring together ministerial representatives from 70 delegations, including from the EU and the region but also the wider international community, the United Nations, major donors and civil society, humanitarian and development organizations, according to a statement.

"The conference will assess where the international community stands collectively in fulfilling commitments made at the London Conference in February 2016 and agree on additional efforts needed to meet the needs of those affected by the crisis," it said.

It will "reconfirm the international community's commitment to continuing to deliver assistance to Syrians in need, as well as their host communities, and assess the conditions under which post-agreement assistance could be provided once a credible political transition is underway," it added.

The Brussels Conference will be co-chaired by the European Union, Germany, Kuwait, Norway, Qatar, the United Kingdom and the United Nations.