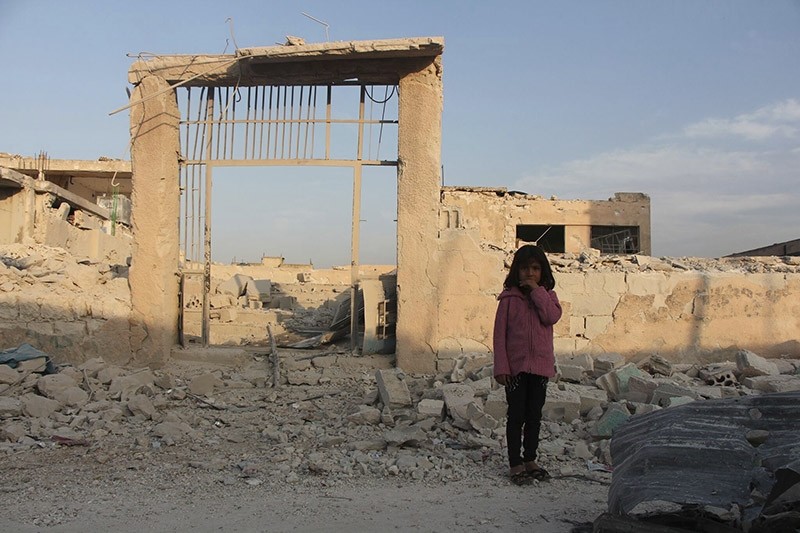 A U.N. investigative commission said Tuesday it believes government forces deliberately bombed a school complex in the country's northern countryside in October, killing 21 children, in a scathing report on crimes committed over the last seven months of the Syrian war.

The U.N.'s Independent International Commission of Inquiry on Syria said government forces and their allies had shown a "complete disregard for civilian life and international law" through continued use of cluster munitions, incendiary weapons and chlorine gas as weapons of war.

It also fingered some insurgent groups fighting on the side of Syria's opposition and a U.S.-backed Kurdish terrorist group YPG for conscripting adolescents for combat.

The commission said the Oct. 26 attack on the Haas village school complex in the opposition-held province of Idlib constituted a war crime. It said the Syrian air force is the only one known to operate the jets identified in the attack, which was widely reported at the time.

The U.N. commission's findings came the same day that a Physicians for Human Rights report accused the Syrian government of willfully denying international shipments of food and medicine to millions of Syrians in besieged areas.

The Syrian government and its ally Russia maintain they are fighting terrorism.

It is the third summit in Astana running parallel to political talks in Geneva between the government and the opposition. The Astana summits are centered around cease-fire and humanitarian relief coordination, but they have borne few results.

Iran's envoy to the talks, Hossein Jaberi Ansari, told Iranian state TV that the delegations were discussing documents related to registering violations of the ceasefire and peace zones.

Syrian opposition groups have boycotted this third round, citing the government's continued bombardment of opposition-held areas in Homs and Damascus. On Monday, activists and the government announced a deal had been reached to evacuate opposition fighters and their families from the Homs neighborhood of al-Waer, ending more than three years of government siege against the neighborhood.

Hundreds, if not thousands, of civilians were expected to evacuate al-Waer as well, rather than risk conscription or arrest by the Syrian army and security services. They will be sent to opposition-held Idlib and other opposition pockets around the country. The U.N. condemned a similar agreement that returned the city of Aleppo to government control as a war crime.

Six people were injured Tuesday when a small bomb detonated inside a minibus in Homs, where officials are still reeling from twin attacks on state security buildings two weeks ago. Homs Gov. Talal Barazi blamed the explosion on "terrorists." Attacks both large and small continue to plague Syria's largest cities, despite strict government security measures.