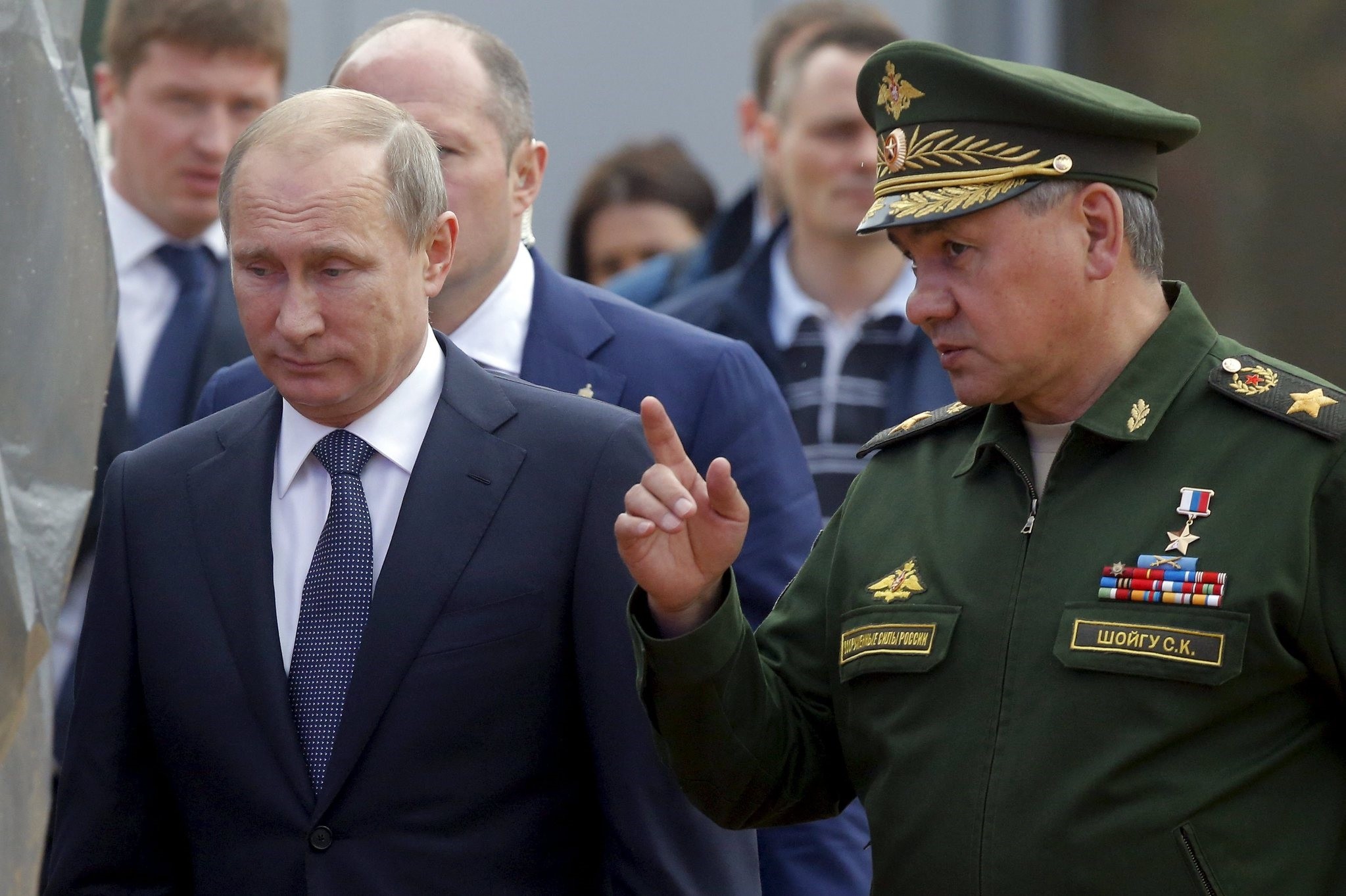 Putin (L) listens to Defence Minister Sergei Shoigu as they arrive for the opening of the Army-2015 intu2019l military forum. (REUTERS Photo)
by Daily Sabah with Reuters
Mar 20, 2017 12:00 am

Russia has denied that it is setting up a military base in northwestern Syria in an agreement with YPG militia and will be training YPG fighters, the defense ministry said Monday.

It also said that it will locate a section of its reconciliation center near Syria's Afrin.

The militia's spokesman Redur Xelil had claimed earlier Monday that they had concluded the agreement with Russia on Sunday, and that Russian troops had already arrived at the position in the northwestern province of Afrin with troop carriers and armored vehicles.

"The Russian presence ... comes in agreement between (the YPG) and the Russian forces operating in Syria in the framework of cooperation against terrorism and to help train our forces on modern warfare and to build a direct point of contact with Russian forces," Xelil had said in a written statement.

Ankara considers the YPG a terrorist group and the offshoot of the outlawed PKK, which itself is listed as a terror organization by the U.S., Turkey and the EU. Ankara has voiced concerns over support for the YPG/PYD, under the auspices of YPG's goals to make demographic changes to the regions seized from Daesh. Due to the shared ideology, unified leadership and organic organizational links between the YPG and the PKK, Ankara has adamantly maintained that the two terrorist groups seek to change the demographic structure of regions seized from Daesh. Ankara has repeatedly stated that any military support provided to the PYD-YPG is eventually transferred to the PKK, ultimately posing a threat to Turkey.