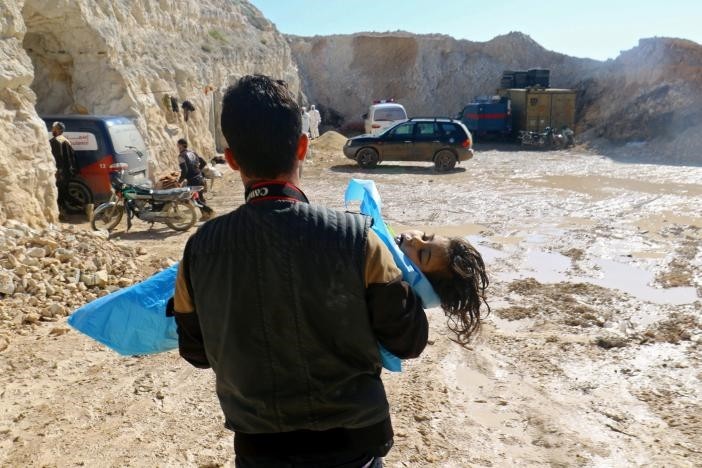 A man carries the body of a dead child, after what rescue workers described as a suspected gas attack in the town of Khan Sheikhoun in moderate opposition-held Idlib, Syria April 4, 2017. (Reuters Photo)
by Anadolu Agency Apr 05, 2017 12:00 am

Health Minister Recep Akdağ has said he invited the World Health Organization (WHO) to send its officials and experts to jointly probe the recent reports of a deadly chemical attack in Syria.

Speaking to reporters in eastern city of Erzurum, Akdağ said an official report into the incident will be shared with the public soon after the completion of autopsies.

He urged the WHO to send officials and experts to observe the process and contribute to the report.

The chemical weapons attack by regime forces in Syria killed more than 100 civilians and injured some 500 more in the opposition-held province of Idlib on Tuesday.

He said the number of people getting treatment at Turkish hospitals following Tuesday's deadly chemical gas attack in Syria's Idlib had increased to 33.

"Unfortunately, three of them succumbed to their wounds," he added.