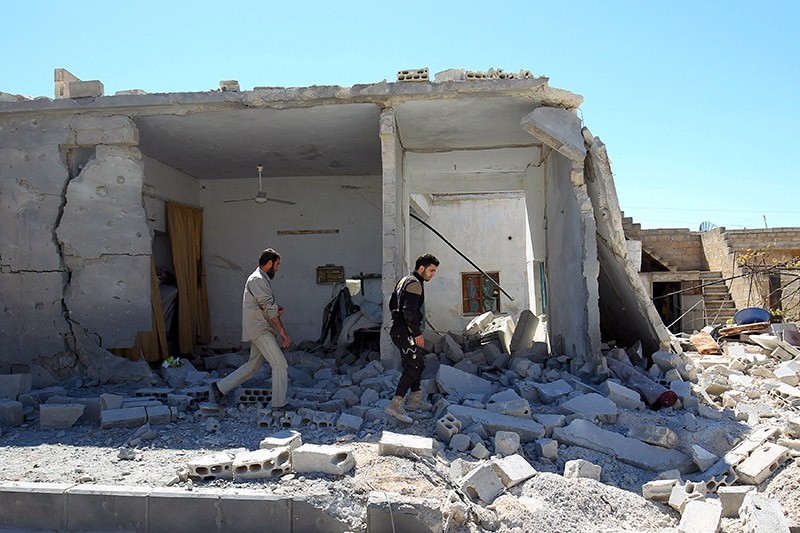 Civil defense members inspect the damage at a site hit by airstrikes on Tuesday, in the town of Khan Sheikhoun (Reuters Photo)
by Compiled from Wire Services Apr 07, 2017 12:00 am

Air strikes on Friday hit the Syrian town of Khan Sheikhoun, where a chemical attack killed over a hundred people, including civilians this week, a witness in the opposition-held area and a war monitoring group said.

The United States fired dozens of missiles on Friday at an Assad airbase from which it said the chemical attack was launched. Washington has blamed the Khan Sheikhoun attack on Assad regime forces.

The Britain-based Syrian Observatory for Human Rights said the airstrike struck the northern edge of the opposition-held town of Khan Sheikhoun where a chemical attack killed more than 100 people earlier this week.

The Observatory and Turkey-based activist Ahmad al-Ahmad said Friday's airstrike caused material damaged but no casualties. They said it was not immediately clear if the warplanes were Syrian or Russian.