US strikes in Syria 'one step away' from clashes with Russian military, PM Medvedev says 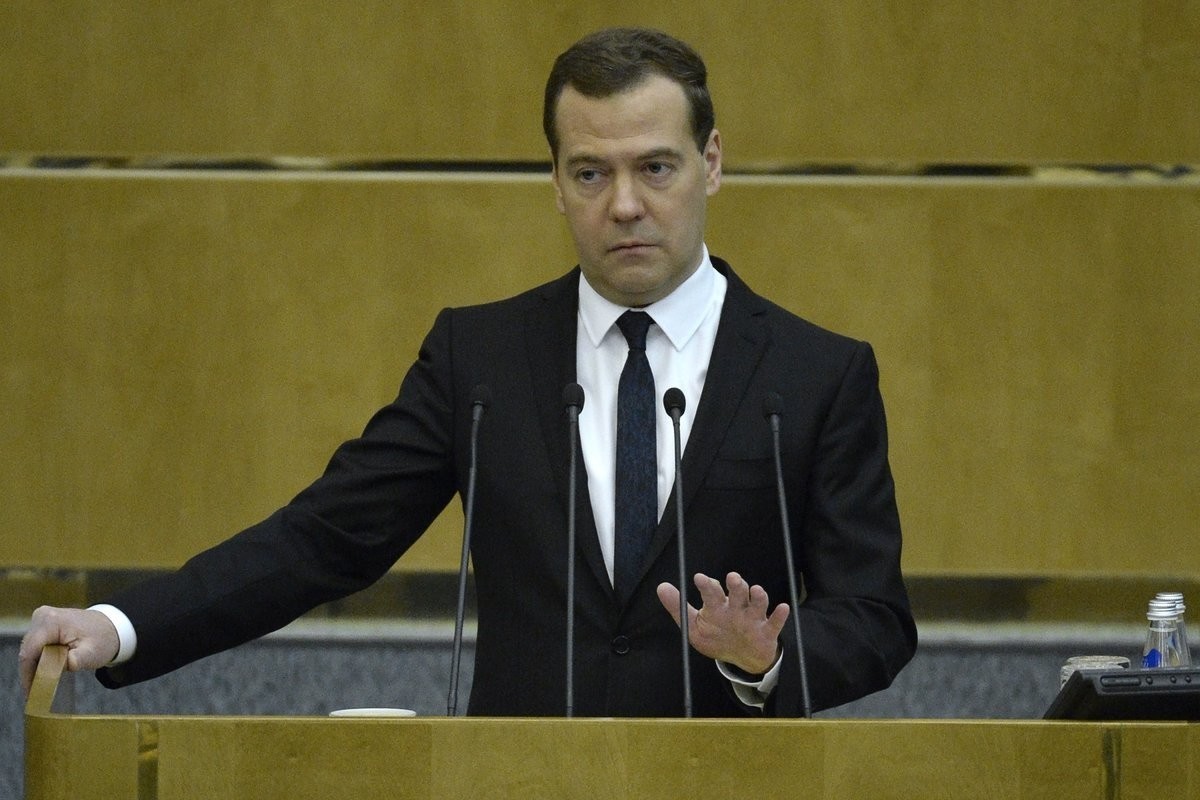 Russian Prime Minister Dmitry Medvedev complained on Friday that U.S. cruise missile strikes on a Syrian airbase were one step away from clashing with the Russian military.

U.S. officials informed Russian forces ahead of the strikes -- intended to punish the Syrian government for what they say was a chemical weapons attack earlier this week -- and avoided hitting Russian personnel.

Satellite imagery suggests the Shayrat air base that was struck is home to Russian special forces and military helicopters, part of the Kremlin's effort to help the Syrian government fight Islamic State and other militant groups.

Medvedev, writing on social media, said the U.S. strikes were illegal and had been "one step away from military clashes with Russia."

Meanwhile, the Pentagon urged Russia to keep military channels open after Moscow abruptly hung up a vital hotline that was established to avoid mishaps between the two powers in Syria.

The so-called deconfliction line has been a lifesaving -- albeit imperfect -- tool since it was set up soon after Russia entered Syria's civil war in late 2015 to prop up Bashar Assad.

Even though the U.S. military used the hotline to warn Russia of the impending missile strike on an Assad air base near Homs early Friday, a furious Moscow reacted to the attack on its ally by saying it would no longer cooperate with the Americans.

"The Russian side is halting the effect of the memorandum for prevention of incidents and ensuring safety of air flights during operations in Syria which was agreed with the U.S.," the Russian foreign ministry said.

"The Department of Defense maintains the desire for dialogue through the flight safety channel," he said.

"It is to the benefit of all parties operating in the air over Syria to avoid accidents and miscalculation, and we hope the Russian Ministry of Defense comes to this conclusion as well."

The hotline was established between U.S. officers monitoring the war from an operations center at a base in Qatar, and their Russian counterparts operating in Syria.

The link is just a regular phone line staffed on the U.S. side by a Russian-speaking colonel and has been used almost daily since its inception.

Moscow's move to abandon the hotline could dramatically raise the risk to pilots and ground forces on all sides.

It was used in February to stop a Russian strike on U.S.-backed fighters in several small villages in northern Syria after the Russian pilots apparently mistakenly thought Daesh forces were in the area.