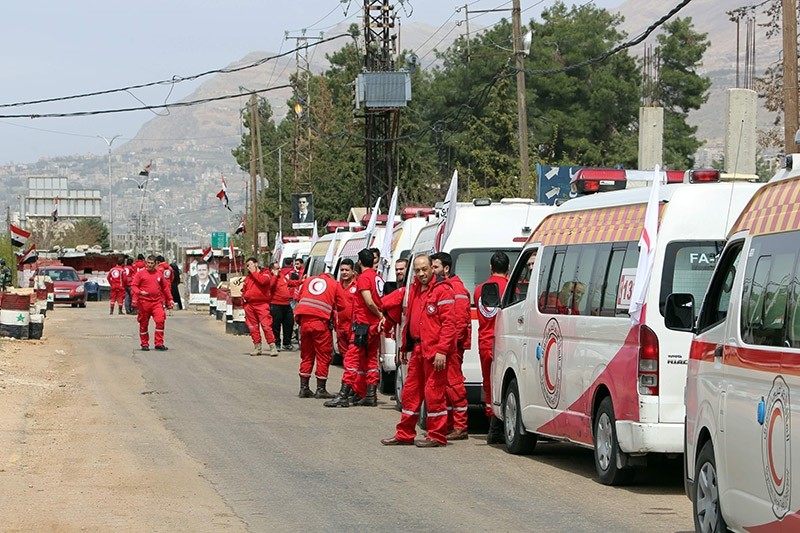 The Assad regime and the opposition have begun a coordinated population swap of tens of thousands of people from four besieged towns.

Activists including the Britain-based Syrian Observatory for Human Rights said buses carrying opposition fighters began leaving the opposition-held towns Madaya and Zabadani near Damascus on Friday morning in the first phase of the deal, which will also see the evacuation of residents from two pro-regime Shiite villages in northern Syria.

If the evacuations are completed, they would be the first in number of rounds stretching over two months to evacuate some 30,000 Syrians from besieged areas, in a deal struck by the opposition and the regime.

Buses carrying mostly Sunni opposition fighters and their families simultaneously left the town of Madaya near Damascus, encircled by regime forces and their allies, but were still passing through regime-held areas, the Observatory said.

It said the evacuation of Zabadani, also besieged by the regime side, had been delayed until the evening or early Saturday, without elaborating.

A member of one of the Shi'ite parties earlier said 60 buses were moving through the town of al-Foua.

A similar number of buses were leaving Madaya, the Observatory said.