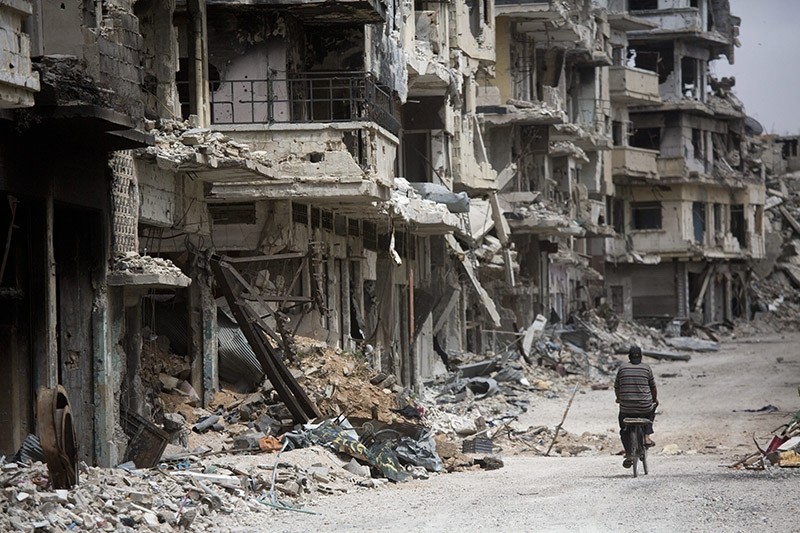 Assad regime forces have carried out a total of 18 airstrikes in the Houla region of central Syria's besieged Homs province, leading to the death of five civilians, including two women, and injuring 15 other civilians.

According to Anadolu Agency, the airstrikes have been conducted in the towns of Teldo, Tel Dahab and Kafr Laha since Sunday night.

The Assad regime first carried out a massacre in Houla on May 25, 2012, during which 108 people were killed, including 34 women and 49 children. Since then, the region has been under regime siege.

The United Nations managed to dispatch limited humanitarian aid to Houla for the first time in March.

Since then, thousands are believed to have been killed and millions more displaced.