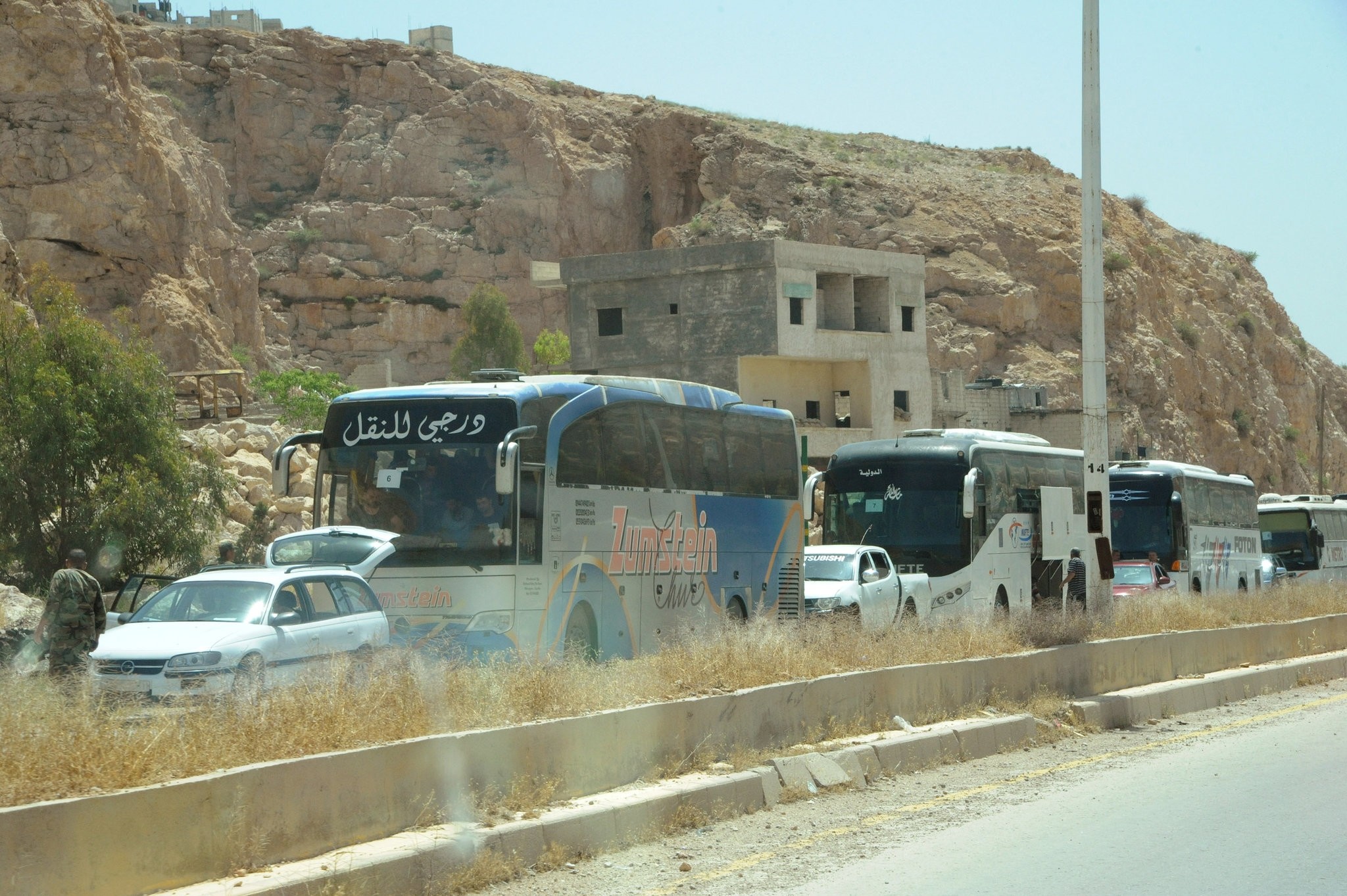 A convoy of buses carrying opposition fighters and their relatives from the besieged Damascus district of Barzeh. (SANA via Reuters)
by May 08, 2017 12:00 am

Syrian opposition members and their families began evacuating from a district of Damascus for the first time on Monday, bringing the Assad regime closer to recapturing all of the capital.

The evacuation began days after regime backers Russia and Iran and opposition supporter Turkey signed a deal to implement "de-escalation zones" where the regime and opposition will halt hostilities.

Assad's Foreign Minister Walid Muallem on Monday rejected any role for the United Nations or international forces in monitoring the zones.

State television cited the Damascus provincial governor as saying a first wave of 1,022 people, including 568 fighters, had left Barzeh on Monday.

The channel said the evacuation would take five days, but that opposition members who chose to stay could do so if they registered with the regime.

Those leaving will head to the opposition-held province of Idlib, in Syria's northwest.

The evacuation deal was struck late Sunday night, and dozens of people gathered in Barzeh from Monday morning.

A source from the pro-regime National Defence Forces said opposition fighters would be allowed to take their "personal weapons" with them.

Negotiations were ongoing for a similar deal in the district of Qabun, in Damascus's northeast, which forces loyal to regime leader al-Assad have been shelling heavily for weeks.