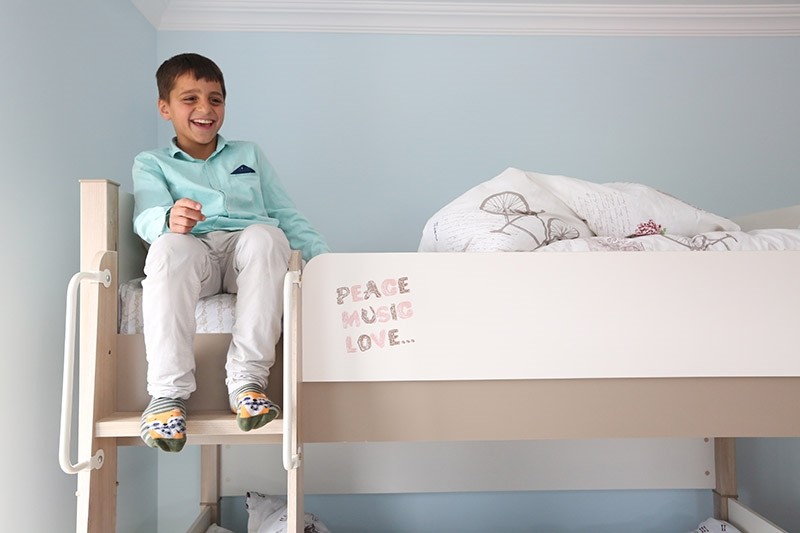 A Turkish nonprofit is slated to open a new village that will accomidate nearly 1,000 Syrian orphans in southern Turkey on May 19, the group said Wednesday.

The Children's Life Centre, with its capacity for 990 children, was built across 100 acres of land in the Reyhanli district of the Hatay province, which borders Syria, with cooperation from Turkey's Humanitarian Relief Foundation (IHH), Qatar's Sheikh Thani Ibn Abdullah Foundation for Humanitarian Services (RAF), and Turkey's Family and Social Policies Ministry.

Murat Yilmaz, head of the IHH's Orphan Department, told Anadolu Agency that the project aims to support all the children's needs, such as health, rehabilitation, food, clothing, and psychological support in a home-like environment.

Yilmaz said that at first 250 children will stay at the center, which will reach its capacity within one year.

"This [Syrian] war hit orphan children the hardest. The psychological damage they faced is enormous, which showed us the need to build this children's life center," he said.

"It is the world's biggest life center for children orphaned by the war. The children lost their fathers in the war, which is why they should receive therapy," he added.

Besides the main cooperation with Qatar, Yilmaz said that NGOs from Malaysia, Indonesia, South Africa, Poland, and Britain contributed to the project, which cost some 80 million Turkish liras ($22.2 million).

He stated that the center's monthly operating costs will be about 1.5 million Turkish liras ($416,838) which will be financed by donors, NGOs, and the Turkish government.

He added that the Education Ministry will be in charge of the teacher's salaries and education expenses.

The center will also cooperate with the Family and Social Policies Ministry and the Health Ministry.

Each of the center's villas is designed to accommodate 18 children by age group and gender.

Six certificated caretakers will work in each villa, with a total of 330 staff in 55 houses.

The children will also be able to play in open parks inside the complex and the zoo.

To ensure the children's safety, Yilmaz said that there will be 24-hour security guards and cameras.

The Humanitarian Relief Foundation, one of Turkey's leading aid agencies, sends aid to suffering people across the world, including war-torn Syria, drought-hit Somalia, and conflict-torn regions in Myanmar.

Syria has been locked in a vicious civil war since early 2011, when the Bashar al-Assad regime cracked down on pro-democracy protests -- which erupted as part of the Arab Spring uprisings -- with unexpected ferocity.

Turkey now hosts some 3 million Syrian refugees, more than any other country in the world. The country has spent around $25 billion helping and sheltering refugees since the beginning of the Syrian civil war.