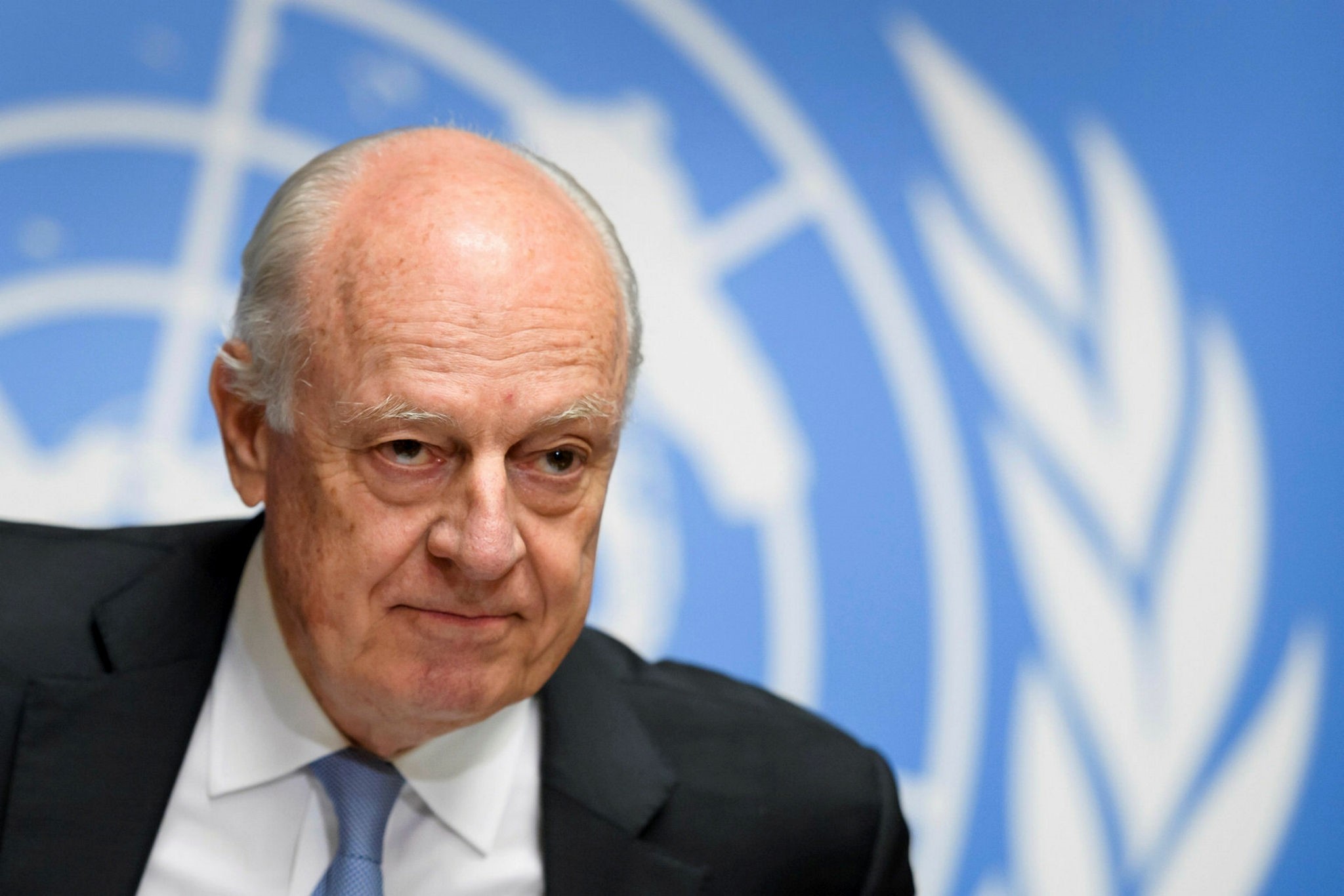 The sixth round of Syria talks in Geneva Friday ended in failure as there was no progress on any issue for a political solution to the Syrian crisis.

The latest round of talks was expected to focus on four topics: the constitution, governance, elections, and fight against terrorism.

Speaking at the end of talks in UN at Geneva, the head of delegation from the Bashar al-Assad regime, Bashar al-Jaafari told reporters that none of these topics were discussed.

UN Special Envoy for Syria Staffan de Mistura said in a news conference, "We did not have a time to go deeply into all four baskets."

De Mistura said the date of the next round of talks is likely to be announced in mid-June.

Following the end of this round of peace talks, the head of the opposition delegation Nasr al-Hariri told reporters: "l think we shall speak about every little achievement. I think keeping Geneva progress alive is an achievement."

The opposition delegation submitted two memorandums to de Mistura on Friday that addressed the sabotaging role of Iran in the region and the issue of detainees respectively.

On Thursday, the Syrian opposition delegation at the peace talks called on Russia to stop supporting the Bashar al-Assad regime.

After the opposition delegation on Thursday met Russian Deputy Foreign Minister Gennady Gatilov, al-Hariri had said: "Russians must stop supporting this criminal regime and they should stop themselves practicing systematic killing, murdering our people."

De Mistura met separately with the delegations during the four-day Geneva VI peace talks on Syria.