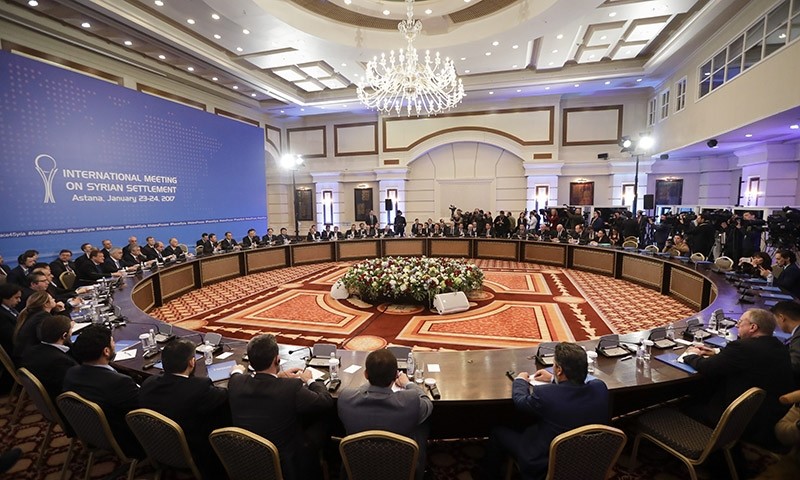 Syrian peace talks backed by Russia, Turkey and Iran scheduled to take place in Astana next week have been postponed, Kazakhstan's Foreign Ministry said Thursday, as key players wrangle over the future of fragile safe zones in the war-torn country.

Moscow earlier said that it was calling for a fresh round of negotiations in the Kazakh capital from June 12-13 to try to shore up four "de-escalation zones" agreed upon in May between the co-sponsors of the talks Russia, Iran and Turkey.

Kazakhstan's Foreign Ministry said it had been told that representatives of the three powers would meet in their separate capitals in the "upcoming days and weeks."

"The sponsor countries intend to inform Kazakhstan in the future about the timeframe, level, attendees and agenda to be agreed upon for the next round of Astana talks," Ministry spokesman Anuar Zhainakov was quoted by Russia's RIA Novosti as saying.

There was no immediate confirmation from Moscow, Ankara or Tehran regarding any new date for talks.

During the last round of negotiations in May attended by delegations for the Assad regime and rebel delegations, regime backers Moscow and Tehran and rebel supporter Ankara agreed to establish four "de-escalation zones" to ease fighting in opposition areas.

The zones – where aerial bombardments were supposed to have stopped – have ushered in a marked decrease in fighting on the ground despite key oustanding issues that require further negotiations.

Despite pledging to agree on definitive boundaries by June 4, the sponsor countries are still arguing over the outlines and which countries should send in forces to police the safe zones.

Moscow has spearheaded the Astana talks since the start of the year as it tries to turn its game-changing military intervention on the ground into a negotiated settlement.

The tetchy negotiations - seen as a complement to broader U.N.-backed talks in Geneva - have involved armed rebels and government officials and have focused mainly on military issues.