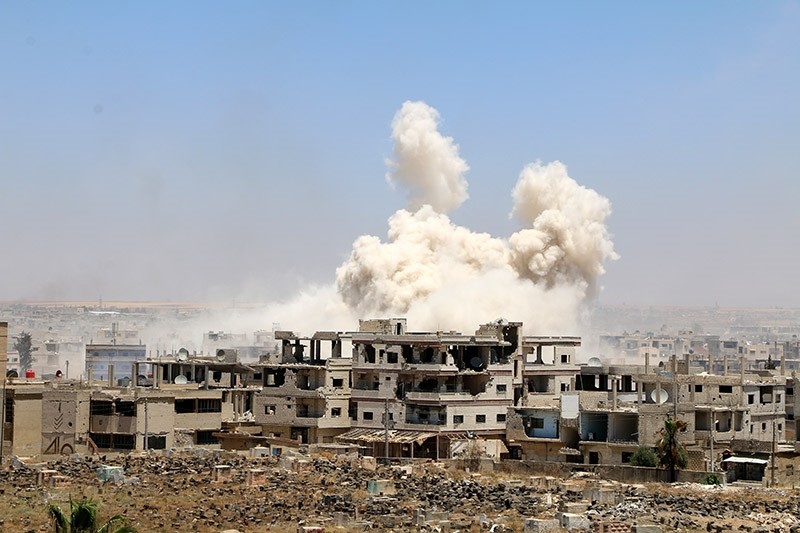 The Assad regime has been using barrel bombs and flammable napalm bombs against civilians in southern Syria's Daraa district.

At least 10 people were injured by barrel bombs targeting the al-Manshiya neighborhood, and fire broke out in numerous buildings.

Syria's Daraa district consists of two parts, with the Deraa al-Mahatta (new town) in the north and Deraa al-Balad (old town) in the south.

The Assad regime dominates a large part of Deraa al-Mahatta and continues its offensive in Deraa al-Balad.

Opposition forces in the city have been trying to prevent the regime from advancing over the al-Manshiya neighborhood.

Daraa is situated in one of the "de-escalation zones" decided upon in an agreement signed by Turkey, Russia and Iran in Astana, Kazakhstan on May 4-5, 2017.

Syria has been locked in a devastating civil war since early 2011, which was initiated by the Assad regime after it cracked down on pro-democracy protests with unexpected brutality and disproportionate force. Since then, hundreds of thousands are believed to have been killed and millions more displaced.