Aid to 9M Syrian children in peril due to funding shortfall, UN says 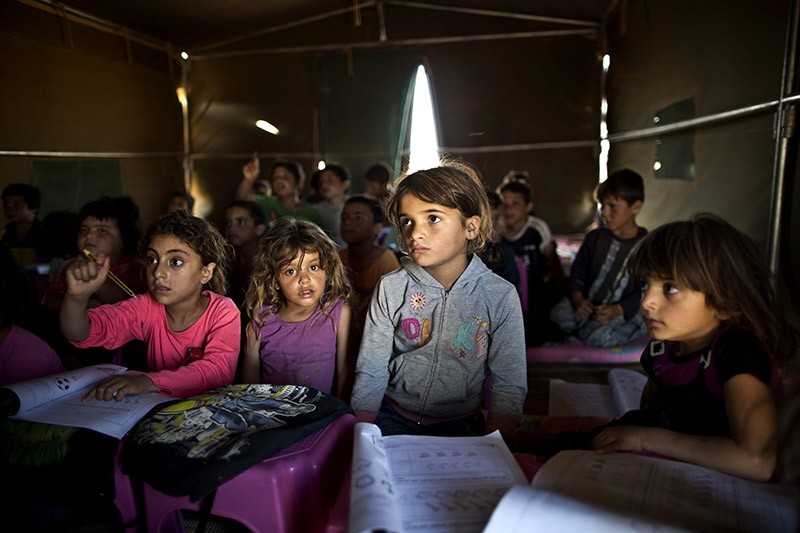 In this Tuesday, Aug. 11, 2015 file photo, Syrian refugee children attend a class at a makeshift school set up in a tent at an informal tented settlement near the Syrian border on the outskirts of Mafraq, Jordan. (AP Photo)
by Associated Press Jun 16, 2017 12:00 am

The U.N. children's agency is warning that a critical funding shortfall is threatening aid to 9 million Syrian children, both in their country and among the refugees in neighboring states.

UNICEF says the $220 million budget gap to its Syria relief programs is the worst it has faced since the war started. It appealed for $1.4 billion in 2017 to provide relief and education to children orphaned, displaced, wounded, or otherwise affected by the Syria war.

A UNICEF statement on Friday says that "without an injection of new funds, some critical and lifesaving activities ... are at a serious risk of being cut off, with grave consequences for Syrian children."

It says nearly 6 million children are in need in Syria and another 2.5 million require assistance in neighboring countries.