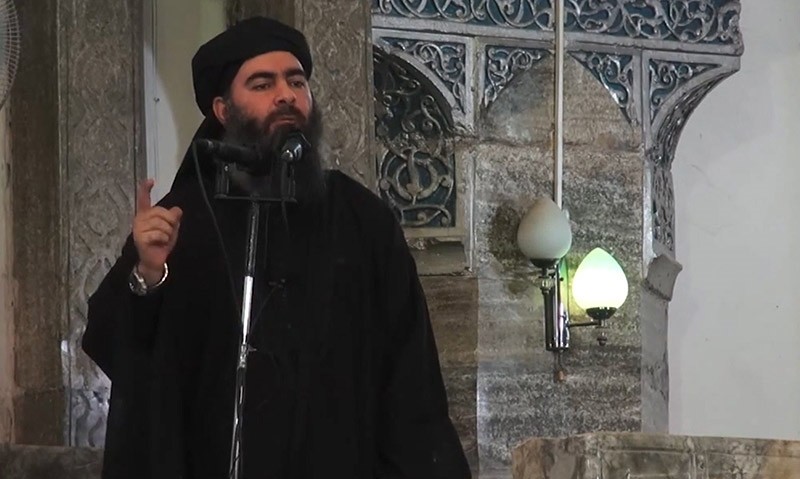 An image grab taken from a propaganda video released on July 5, 2014 by al-Furqan Media allegedly shows the leader of Daesh (AFP File Photo)
by Compiled from Wire Services Jun 16, 2017 12:00 am

The airstrike targeted a meeting of Daesh leaders and was carried out on May 28, the agencies cited the ministry as saying.

Senior leaders of the Daesh terrorist group were meeting at the time of the May 28 strike, the ministry said in a statement by Tass.

"According to the information which is now being checked via various channels, Daesh leader Abu Bakr al-Baghdadi, who was eliminated by the airstrike, was also present at the meeting," RIA news agency quoted the ministry as saying.

Baghdadi, who has a $25-million bounty on his head, has managed to evade being killed or captured by the U.S.-led anti-Daesh coalition throughout its more than two-year campaign in Iraq and Syria. Sporadic rumors have continued to mount that he was killed in a variety of U.S.-led actions, but little evidence has surfaced to support those claims.
Last Update: Jun 16, 2017 9:00 pm
RELATED TOPICS