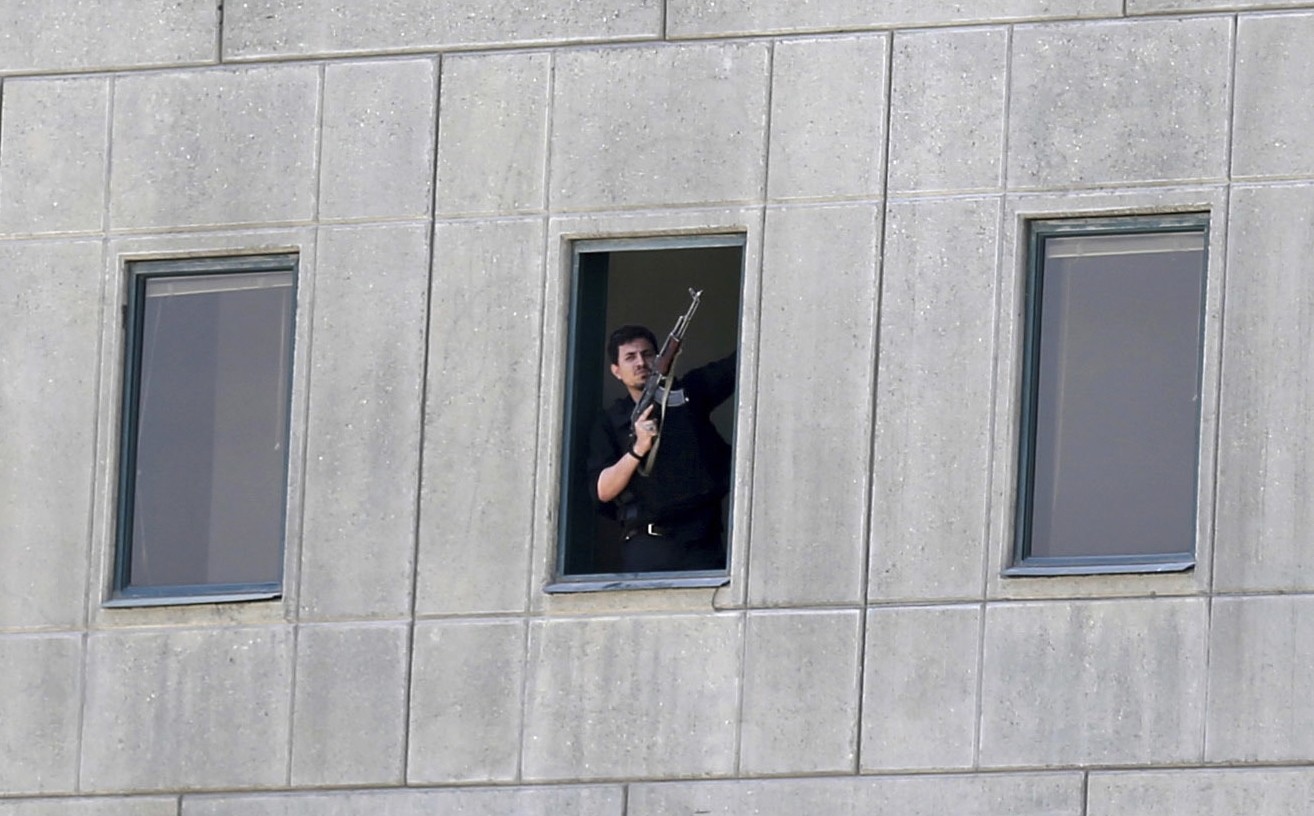 Armed man stands in a window of the parliament building during an attack by militants in Tehran, Iran. (Fars News Agency via AP)
by Jun 18, 2017 12:00 am

Iranian Revolutionary Guards launched the mid-range ground-to-ground missiles from western Iran into the Deir al Zour region of eastern Syria, killing a "large number" of terrorists and destroying their equipment and weapons, it said.

The missiles targeted the "headquarters and gathering centers of Takfiri terrorists supporting and building car bombs", it said.

Reuters could not independently verify the report.

The Revolutionary Guards are fighting in Syria against militant groups who oppose President Bashar al-Assad.

The attack last week, which included shootings and at least one suicide bombing, was on Iran's parliament and the shrine of Ayatollah Ruhollah Khomeini, the founder of the Republic.

"The spilling of any pure blood will not go unanswered," the Revolutionary Guards said in the statement quoted by Tasnim.

Daesh issued a statement claiming responsibility for the Tehran attack.