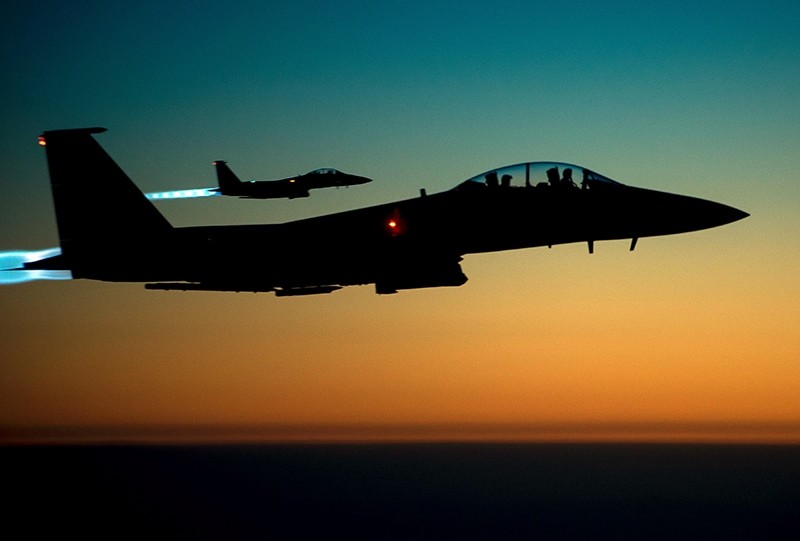 This file photo taken by the US Air Forces Central Command shows a pair of US Air Force F-15E Strike Eagles flying over northern Iraq early in the morning of Sept. 23, 2014 after conducting airstrikes in Syria. (AFP Photo)
by Jun 20, 2017 12:00 am

Russia accused the U.S.-led coalition of "complicity with terrorism" on Tuesday after an American warplane downed a drone operated by pro-regime forces in southern Syria.

"In Syria this type of strike is akin to complicity with terrorism," Russia's deputy foreign minister Sergei Ryabkov told the Interfax news agency.

The Iranian-made drone was downed Tuesday, just days after a U.S. warplane shot down an Assad regime fighter jet in the country's north.

In Tuesday's incident, the U.S.-led coalition said an F-15E Strike Eagle jet destroyed an armed Shahed-129 drone in the early hours of the morning as it neared the Al-Tanaf base along Syria's eastern border.

"It displayed hostile intent and advanced on Coalition forces," the statement said.