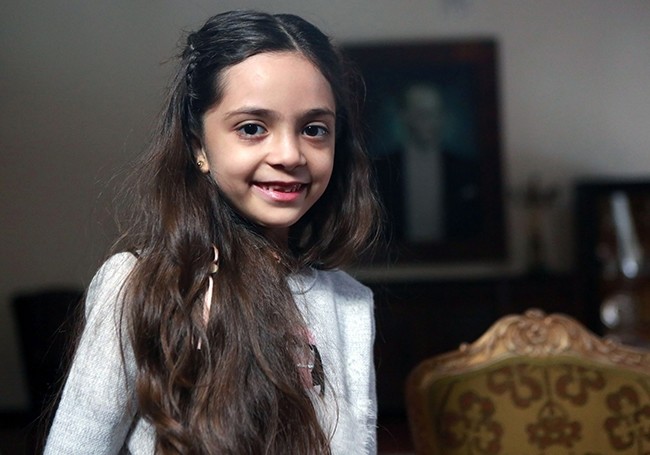 An eight-year-old Syrian girl who drew global attention with her Twitter updates from the besieged Syrian city of Aleppo was named one of the most influential people on the internet by Time Magazine.

Time makes its annual choice based on those with global influence on social media and in generating news headlines.

Helped by her mother Fatemah, who manages the @AlabedBana Twitter account, Bana Alabed uploaded pictures and videos of life amidst the Syrian war, gaining around 365,000 followers on the micro-blogging site since last September.

"I can't go out because of the bombing please stop bombing us," Bana wrote when she first joined Twitter on Sept. 24, 2016.

"Aleppo is very good city but we need peace. I want to live like a child but instead I am stressed now," she wrote.

Last December, Bana, who was seven at the time, and her family were evacuated safely from the rebel-held eastern part of Aleppo to Turkey, where they were greeted by Turkish President Tayyip Erdogan at his palace.

Turkey, hosting more than 3 million Syrian refugees, which accounts for around 45 percent of all Syrian refugees in the region, has spent around $25 billion helping and sheltering refugees during that time.